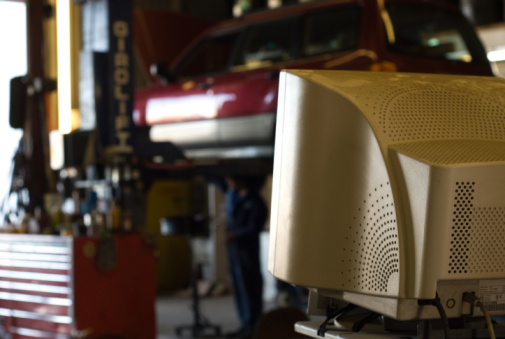 The economics of creating a version of a secular product and aiming it at churchgoers are alive and well. This used to be primarily t-shirts and sermon themes.

These, thankfully, became passe and generally the subject of ridicule. Lately, something new seems to have emerged. I wouldn’t argue that it’s the same thing or spearheaded by the same people, but I’m starting to wonder if it’s equally silly.

If you haven’t read The War of Art, you’re cheating yourself. In it, Steven Pressfield lays out a fairly simple thesis: You were put on this earth for a purpose-to do some sort of work. And there is a force that opposes that work and manifests itself in a multitude of ways, which can be called Resistance.

He doesn’t make many assumptions about the particulars of what endows purpose or what is behind Resistance, but he does posit that both are spiritual issues. The Resistance can look like a lot of things: disorderly work spaces, distractions, unhealthy relationships, and so on and so forth. He’s actually fairly ruthless in his ascription of Resistance.

I’d argue that “Christian” things have become Resistance for Christians. It’s much easier to blog or attend conferences of like-minded individuals or start a Christian golf cart company than it is to go about our lives, spend time with people in some way unlike ourselves, and have constructive conversations about the power of the gospel of Jesus Christ.

What if we mess up? What if we tell them Jesus loves them regardless of whatever shortcomings we perceive them to have, but then we find that we don’t love them? What if we are convicted about something? What if we just don’t like them? What if we become entangled in relationships to the point that we have to stop using we and them language, but we become them, and they become us? Will my friends from church still like me? What if I find out that in practice, my theology is wrong, and I have to change what I believe?

All things to all men, cultural sensitivity, relativity, effective communication. I know, I know. But I do find it hard to imagine that Jesus would spend precious seconds of his life firing up his Google Reader, clicking over to [insert blog name here], and commenting on whether iPads are going to be the future of church communication.

I’m a little averse to the idea of “What would Jesus do?” thing as a life choice metric as it assumes we know the correct answer to that question, so I don’t want you to put too much stock in the preceding paragraph. But we do need to ask ourselves what we are to do.

I personally came to the realization that I was living in Resistance. My job was in a church. My writing was for a blog aimed at churches. My friends were from church. I was practically eating at a church. But unless someone stumbled into the church I worked at or happened to stumble upon something I wrote, I wasn’t influencing or being influenced by people unlike myself. And when your work is to make disciples, that’s not a healthy balance.

So my big ask is that we stop trying to become the next big thing in Christian culture or create the next huge Christian blog or start the next giant conference. Let’s do stuff, then write about it later instead of just blogging.

Less talking, more doing. Instead of creating a new site focused on iPad applications for emerging Christian leaders of the next generation catalyst synergy, coach your kid’s soccer team. Make cookies for your coworkers. Consider supporting your neighborhood association instead of paying airfare plus hotel plus rental car plus meals plus conference tickets.

Re-evaluate what your work is and what it should be, and make sure the two align well.

Joshua is a young, married twenty-something who believes the gospel should be communicated with clarity and passion, through actions before words. He writes at Church Marketing Sucks and on his Twitter page, and he currently resides in Portland, OR.

10 thoughts on “Your Blog Is Not a Christian: Thoughts on Church and Work”