Anyone in the room could have seen the eyebrows rise as the patrons saw her crumpled image appear on the other side of the glass door. In a city like New York, she shouldn’t have stood out. But here, in the pristine financial district of Manhattan, she looked a little out of her element.

As she raised her frail, wrinkled arm to the handle of the door, those who had just been looking at her turned away, back to their companion or newspaper or the latest bestseller they were reading over their Saturday morning coffee. The younger boys and girls giggled and pointed at her matted, dirty clothes. The women smiled and turned their condescending eyes away from her and looked towards their friends with amused pity while the men gave a shallow sigh and went back to their papers. 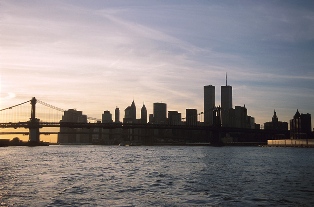 What did her soiled face mean to them? By now she was accustomed to this, and as she leaned her light frame into the door, she was able to pretend as if she hadn’t seen their reactions, almost imperceptibly stiffening her upper lip and looking only straight ahead.

The reaction of those near the door did not improve as she limped past them. The wrinkled noses and narrowed eyes betrayed the presence of her fetid odor.

Arriving at the counter, her hoarse voice rasped out her order to the clerk, who struggled to maintain eye contact and be courteous, presumably in the name of good business or pity.

The elderly woman removed a worn, dirty, tattered coin purse from her pocket and handed the loose change, mostly pennies, to the cashier. The cashier took the exact change and with stiff gratitude and motioned toward the end of the counter where the orders were to be picked up. The other customers, awaiting their coffee made plenty of room for her to stand. She received her coffee and hobbled to an empty table near the back of the store.

Anxious faces looked in anticipation, waiting to see where she would choose to be her final resting place. She placed her torn black leather backpack in the booth and achingly maneuvered her stooped figure into the seat. She took several packs of sugar from the blue plastic tray against the wall on the table; only one of them made it into the coffee. She placed the rest into her bag, and this was enough to chase away her neighbors who had only barely been able to stand her nearby presence.

A few others looked over at her, monitoring her as she slowly enjoyed the only few minutes of warmth she would get this day. Soon, other customers began to leave, looking down at her and shaking their heads as they passed by and out into the streets. She sighed and continued looking out of the frosty window and then back towards the white paper cup she was hugging with both hands, stealing some of the heat for her frozen fingers. Her section of the warmly lit caf was empty within fifteen minutes.

It only took another five minutes for the manager to approach her. His voice was calm but firm as he asked her to leave as politely as he could. His terse smile met her painfully acquiescent gaze for a moment before she looked away with heavy eyes and began to gather her belongings.

His pity must have been momentarily aroused because he allowed a stifled apology to slip from his pursed lips as she limped toward the door and back into the cold, snowy winter. A wrinkled, mottled hand cradled her coffee as she leaned on the door and pushed against it with all of her weak might. Her world, already shattered and broken, had become one coffee shop smaller.

The employees could see her make her way around the side of the building. Uneasy stares were accompanied by a few awkward comments as the manager made his way back around the counter.

Where did she come from? I’ve never seen her around here before.

Did you see how she looked?

It was only a moment before the door was once again swinging, and customers had to be served. The elderly woman who caused such a stir was never again mentioned for the rest of the shift.

If you liked this article, check out: Minneapolis, the Homeless, and Me

Tom is busy working on trying to figure out how to balance all of his sundry duties. He is a reluctant construction worker, a bewildered philosophy student at Florida Gulf Coast University, and acting as Business Manager for Wrecked. He enjoys reading confusing books, playing Rock Band, and going to dress-up parties with his girlfriend Ashley. You can visit his blog here .