Wrecked just sent our editor Amanda to Thailand to cover the sex trade there and help prostitutes find better jobs. To give you some perspective, this was written by Kim Kinsley on April 5, 2006 during her trip to Thailand : 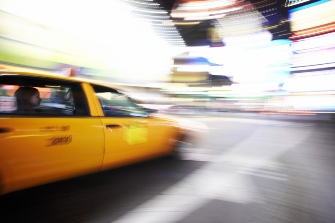 As we got out of the cab, a blanket of heaviness covered me, and I did everything I could to stand up and hold myself together, my body was so weak.

The second we were out, there were guys on the street with a menu. Yes, a menu of what you want from the girls. Anything that you can think of and anything that your mind does not want to think of is on this “menu.” While they are showing you the menu, they continue to “entice” you and pull you into the clubs, so we grabbed each other (literally), and we were off.

We walked in, and there were girls everywhere. They are on stage, walking around, sitting down, at the door with little to nothing on. Everyone of them was wearing a number, and the pimps were constantly saying, Take your pick, take your pick. Special price: 40-80 Baht. That is 1-2 US dollars. You can buy a girl for 1-2 dollars.

The look these girls had in their eyes was completely hopeless. My heart has never hurt or been broken so bad in my life. Many would stand there on their pole and just look at you, dead. They had no hope, no feeling, nothing to be happy for.

We continued to go into each club, constantly praying, walking around in a circle covering the places in prayer and rebuking the enemy for what he is doing here. Many times the girls would make eye contact with you and all I could do was smile when inside I wanted to grab them up and get out.

As I walked through a particular club, I touched every girl I could possibly. As I was leaving, one of the pimps looked at me with his eyes glowing and said something in Thai. As he said it, I said, “I rebuke you in the name of Jesus,” and as soon as I did, he looked at me in the eyes again and said, “What did you say?” 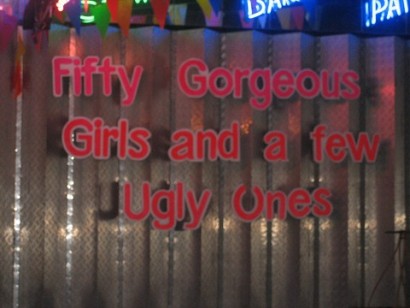 The evil that is in this place is so heavy that you can see it in people. I mean, it is in their eyes, on their faces, and the fact that people are so blind and cannot see it scares the crap out of me… for them.

The way these girls are treated like meat… like they are nothing… worthless… I cannot explain to you the broken-heartedness that I had. There were clubs that had some very vulgar names, but then there are clubs that say: “50 Beautiful Girls… and A Few Ugly Ones”

What? Are you kidding? They even had a club that looked like hell (this was the only club they would not let us in). There was an all black steel gate, the inside was red lights, the outside had vulgar things… it was the “torture” club. I stopped in my foot steps, sat on the street and cried my eyes out even more. It was then that I felt like I could go no further, I couldn’t do this anymore. It was all I could do to sit on that street and cry my eyes out for these girls.

I have read books and watched movies, but I have to tell you that does nothing to prepare you or give you a picture to what this is really like. After we had covered every club, we decided to go across the street to Starbucks and pray over the area as a group. As we walked into the Starbucks, we walked through a wall and the heaviness was somewhat lifted. We all sit there and just cry. No one said a word to each other, we just sat there and cried and cried for what we just saw what we just experienced. No one even bought anything from Starbucks…

In Thailand, the Lord ripped my heart out and left it on Patbong Street, in the red light district where we were able to pray for the girls in the sex slave industry. We prayed that he would send His spirit to set those girls free of the bondage that they live in and come to the realization that they matter. They are more than just a number.

Kim’s story is best told by her: “I have quit my job. I sold my house that I lived in with my brother and his wife, sold half of the clothes in my closet and sold my car. I up and left the love of my life (my dog).” Kim just returned from traveling the world. After working with African orphans for awhile, she took a year-long pilgrimage and just returned.