“Precious? Are you kidding me?! No one says that word anymore.”

I was praying for my friend when this word came to my mind. I pushed it aside, but God pushed it back in. I couldn’t escape the feeling that this girl who was engaged to an abusive man and needed to hear this word specifically. 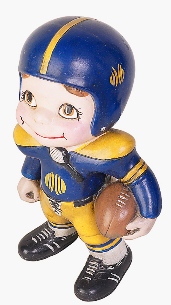 When I think of the word “precious” I think of little ceramic children with eyes that take up 2/3 of their faces and pastels. That is not the word I thought my co-worker needed to hear. She was living with her fianc, was a good manager, loved to party, and she was my friend. But on the night of her birthday, God revealed much to me about her.

I entered the dim orange light of the house party, and the smell of hopps filled my nose from the empty beer bottles as many people were already on the cusp of being drunk, including my friend. She staggered over to me and hung on me instead of hugging me, opened a beer, and thrust it into my hand squealing, “It’s my birthday!” right into my ear.

“It’s okay,” I told myself, “just be here for your friend’s birthday. Have a beer, hang out, then you can leave.”

Later on that night, I realized I hadn’t seen my friend in a while, so I went to look for her. I wandered into the back bedroom, and then saw movement in the bathroom. There were four startled faces looking at me, as I nonchalantly entered the bathroom, and two of them quickly moved to shield something from me. The girl I was looking for was there, so we started talking. Once the others realized I wasn’t leaving they went back to their business, and as I looked on I was horrified when I realized the thing they were bending over was a mirror with lines of cocaine on it.

When I saw this I swung to face my friend, looking more shocked than I really meant to, but I had never seen cocaine before.

“I didn’t do any of it!” She sputtered motioning in large X’s with her hands.

“You didn’t?” I asked just to make sure.

“No.” She confirmed. I felt my spirits lift a little.

“I just brought it for them, and they paid me and everything.” Crash. My spirits plummeted hard and fast, clanging on the cold linoleum. I gently linked elbows with her and chuckled off my discomfort at the situation I was in, while simultaneously leading her out of the bathroom and to the back deck.

“I’m sorry you saw that,” she said, her words pluming from her mouth in the cold night air, “I promise, though, I don’t do that stuff anymore.”

“That’s really good to hear. ‘Cause, you know, there are far better things in life.”

“You always say stuff like that.” She then proceeded to talk for a few minutes to me about how she’s trying to become a better person, because of me. She told me how I am the first one who has asked her to be something 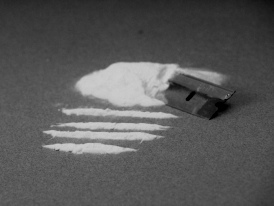 “better” and actually showed her what a “better” life can look like (the details of which I will spare youfor my own ego’s sake. Though it is a conversation that I will hold close to my heart for years to come).

When she was done, I looked at her and said, “I say those things to you, because of God and what he has done in my life. And… God wants you to know that you are so precious to him.”

She looked at me with a tear in her eye and quietly but firmly stated, “I want to come to church with you.”

God knew what she needed to hear to draw her to him, but if I hadn’t gone to a party full of drugs (which was radical for me personally) and drinking, maybe that moment would have been missed. God did not come for the healthy but the sick, and he went to where they were just like he came and found me where I was.

Leaving my comfort zone that night took me to a real place where real people were really hurting, and I would not trade my place at that party to be with anyone else.

“But God demonstrates his own love for us in this: While we were still sinners,he died for us.” -Romans 5:8

Meredith currently lives in Aspen, Colorado but grew up in Bellevue, Washington. She moved to Aspen after graduating in 2005 from Cal PolySan Luis Obispo with a degree in English, a minor in Philosophy, the basics of bee keeping, and an intro to cattle fitting.