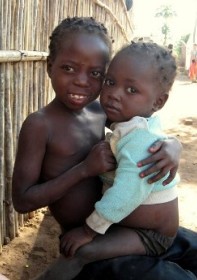 But I didn’t run.

I didn’t, because I knew that as a Christ follower I didn’t have the luxury of pretending like this didn’t exist. I knew that if Jesus were walking this earth today, we’d find Him in Swaziland, doing whatever it took to make a difference caring for the orphans, rebuilding the nation, speaking life instead of death.

And I knew that in some mysterious way, I am Jesus walking this earth and making a difference. You and I incarnate Him; we are His hands, His feet, His voice.

So today, I choose hope for Swaziland’s future. These beautiful, royal people know that their only hope for a future is a future that comes through faith in Jesus. When you talk to them about their future, they get excited. They’re excited because of a prophecy that was spoken over Swaziland that says they will become the pulpit of all of Africa.

I thought that was a strange thing to say in the midst of their current circumstances, so I asked them why they believed that was true. You know what they said? They said that destruction had so filled their land; there was no hope except for one thing. That one thing is Jesus.

And when Jesus transforms their country and brings life instead of death, the entire continent of Africa will see and know what He has done for them. Then, Swaziland will become the pulpit of Africa, and all will know about the faithfulness of their God.

The truth is that we can all do something to help the people of Swaziland. Right here, right now, sitting in our chairs as we’re reading this article in the good old US of A.

Currently, Adventures in Missions and Children’s HopeChest are helping to feed, clothe, and educate thousands of orphans who will become the next generation of leaders. For only five dollars, you can help provide a hundred meals to orphans. For only five dollars a month, you can pay for school fees for an entire year. There’s so much to be done with so little if we just take the first step. 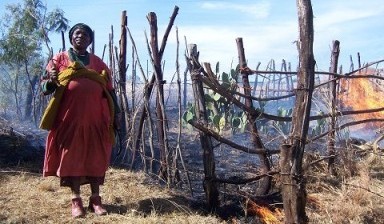 To help save the orphans of Swaziland, I’ve started a campaign called 5 for 50 (www.fivefor50.com).

Anyone can join the campaign by choosing up to five different ways you can help the almost 50 million people suffering with HIV around the world.

For $5/month, you can become part of the transformation of Swaziland.

We are the answer, and there are a generation of Swazis and other Africans waiting for us to respond.

If you liked this article, check out: Book Review: Red Letters

Tom Davis is the President of Children’s Hopechest, a mission organization bringing God’s hope and love to orphans around the world. Their work is focused in the countries of Russia, Romania, and Ukraine. HopeChest helps churches and corporations around the U.S. adopt an orphanage and make a real difference in the lives of orphans. Tom’s favorite thing in life is being a father and a husband. He and his wife, Emily, have been married for eight years and have six children. Check out his cause to help Swazi orphans.