Movies often talk about the “magic” of Christmas, and I am beginning to rediscover the wonder of this time of year. It’s all about anticipation. About the good things of God that have been promised to us. About hope and restoration. About change and the coming of better things. It is a season in which we believe anything is possible — particularly that discouraging circumstances can, in fact, be redeemed. 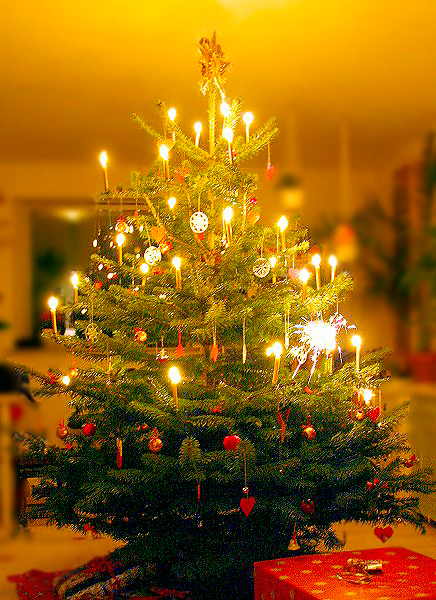 Ultimately, this is a season about receiving “gifts” — but not in the wrapping paper and ribbons sense of the word. Like George Bailey, we are reminded of the fact that we all have opportunities to live “a wonderful life” if we stop and take a moment to appreciate the relationships we have.

We evangelicals don’t do a very good job of celebrating Advent, a practice of preparation for Christmas that many mainline Protestants and Catholics have been doing for quite some time now. I never really celebrated this time of the year (other than blowing lots of money on gifts). I never took time to think about the coming of the Christ child into the world and the significance of it. I never really prepared my heart for Christmas. That is, not until a few years ago.

A few things happened when I first moved to Nashville in 2006.

First, I joined a church — a small fellowship of people who were committed to each other and to God, in both big and small ways. I needed that after spending the previous season without much a church home or family. It just so happened that this church celebrated Advent, a practice to which I was not accustomed. In fact, shortly after my beginning to attend Franklin Fellowship, we started lighting candles and reading prayers and scriptures out loud together. While that’s the norm for many Christians around the world every Sunday, it was new and interesting and slightly uncomfortable for me.

Second, I started spending time with the homeless. Now, I will just tell you: if you want your whole notion of Christmas to get messed up, spend your December with people who have virtually nothing. It will open your eyes to all kinds of issues of materialism and self-centeredness and just plain greed (most of which, by the way, is in just you). I guarantee that it will humble your heart and increase your gratitude, come Christmas morning.

As I began to learn more about this season of preparation and meditation, I realized that Christmas is shallow without Advent. And I began to understand that the best way for me to reflect on the birth of Christ in a meaningful way was through intentional meditation and service.

Four years ago, I spent Christmastime with a community of homeless men and women who lived underneath a bridge. My friend Paul and I brought them blankets and clothes and candy canes (yes, even candy canes) from friends and coworkers who had donated them. The experience of growing to know and care for this community opened our eyes to a world neither of us had ever seen before and brought significance to a holiday that had, for the both of us, often run hollow.

Since that first Christmas in Music City, I’ve continued to find intentional ways to both be still and serve. The two, I’ve found, are essential if we are seeking to align our hearts with baby refugee born in a manger who would one day wander as a homeless man and be executed as a criminal.

Recently, I’ve fallen more in love with the liturgical calendar, growing to relish the respective seasons of waiting, death, and rebirth throughout the year. I love that Lent and Advent represent more than a moment, that they speak to the journey of life. One website put it this way:

Christmas is not meant to be an isolated day, but a festival of the Incarnation in the midst of the Church year. Christmas is only properly understood after having the preparation provided by Advent. In the midst of the secular excesses leading up to Christmas, Advent provides a welcome solace and an opportunity to continually re-orient ourselves to God’s will as we expectantly wait with patriarchs, prophets, and kings for the true meaning of Christmas: the Incarnation of God the Son.

As we near Christmas, I’m reminded of what a gift this season of waiting truly is. As someone who used to celebrate December 25, often placing impossible expectations on one day and then being disappointed with it, I have learned to embrace this entire season of coming. It’s not just an arrival, I’ve found, that makes Christmas special; rather, it is the journey itself.

Without Christmas, Advent would be meaningless.  Without a destination, we would never embark on a journey in the first place. The final arrival gives value and meaning to the trip. But without Advent, Christmas would be superficial and hollow. (This is the revelation that is really striking me these days.)

In United States, we know this all too well. We are inundated with shopping sprees and meaningless festivities that are quite hard to connect with the biblical account of Christ’s birth. A day like Christmas holds little meaning for us anymore, and some are forced to invent traditions to recapture some of the mystery of the season. We have focused on the destination, while neglecting the journey.

We need both Advent and Christmas. Together. The two are kissing cousins. Both are essential to understanding the coming of the Christ child into the world and the significance of it to us. Each needs the other, and we need both of them. However, I’m convinced that many of us need to recapture the importance of taking a spiritual journey more than just relishing in the act of arriving through the observance of a moment.

What do you think about Advent? How do you prepare for Christmas?