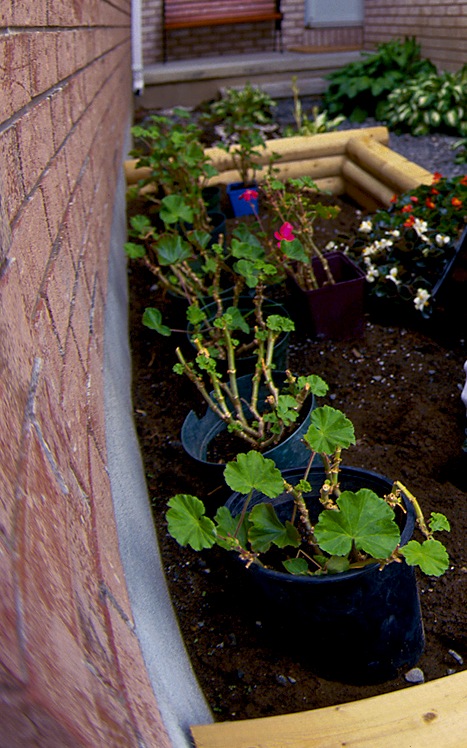 I’m pretty much a city boy. Raised in and around Birmingham, England, I moved to Idaho in 2004 because I met a girl who looked past my faults, agreed to marry me and this is where she’s from. Splitting my week between an IT job in a medical group and assistant pastor of a church in Nampa, let’s just say I’m more at home with hard drives, books, blogs and coffee shops than I am with agriculture.

That said, I recently had the opportunity to till the ground. This exercise in skill acquisition was at my wife’s request. She has wanted a garden plot to grow vegetables and fruit, and this was the year and the time for action. A friend lent me his rototiller, and I set to the work.

I will freely admit that I was initially reluctant to spend my day off digging in the dirt, but I knew it would bless Sarah so I agreed to do my part. Once I got started, I found that it really is good to get out in the garden once in a while. I enjoyed the sun on my neck, the dirt under my feet and the giant-spinning-blades-of-power that were churning said dirt into glorious, loose soil. At the revelation of such joy, I began conversing with Jesus.

Well, maybe He started the conversation, but you get the idea. “This tilling work is much like the work of pastoring,” said I, recalling Jesus’ words about the different soil types, and how here I was digging up roots and rocks, casting them out and preparing the soil to receive seed and produce good fruit. The simile was so real because of my current environment and I sensed Jesus’ pleasure that I was paying attention.

Then the rototiller gave out.

My reverie interrupted, I set the choke, pulled the starter and off we went for another few feet before it gave out again. After a few more runs like that, I managed to coax the machine into at least running for three quarters of a length before failing. Did I mention the garden is 45ft by 15ft?

And then the rain came, at which point I began to converse further with Jesus about this gardening/pastoral care simile we’d gotten started on. At first it seemed so grand, romantic and adventurous! Here I was working my land to help produce food for our family, and the connection between that and  working with the lives of people in the community to help produce Kingdom fruit was beautiful and exciting, but all of a sudden it had become hard work, with malfunctioning tools, and now even the elements were set against me!

The reality kicks in eventually, doesn’t it? From the safety of our idealism, being pastoral (whether in an official capacity or just in the relationships we have) seems like the best work we can do. We can dream of the conversations and connections, the heroic victories as captivity is shaken off and people open their eyes to the wonder of God and His great love. The experience of it is often much harder and requires much more from us.

That rototiller never did get the job done, but a friend at our church heard that we’d been having difficulties and she arranged to come to our house in the week whilst I was off fixing computers. She had a different rototiller and managed to finish the job I had started. The picture was complete. Not only is the work harder than we expect, but it is also too much for one person. In the process of evangelism, outreach, kingdom inviting, and people shaping, we need others who are willing to dig in the dirt with us.

Following Jesus is not the easy way, but at the end comes fruit.

Jonathan is an English exile learning to follow Jesus each day as an assistant pastor in Nampa, Idaho. He is married to Sarah Grace, has a son named David and another baby with an ETA of Summer 2009. He blogs at Project Reclamation when the mood strikes.