This I Believe is an international project engaging people in writing, sharing, and discussing the core values that guide their daily lives. You may have heard some of the audio essays on radio networks, like NPR. The project is based on the popular 1950s radio series of the same name hosted by Edward R. Murrow.

Jamaal was a mess. He ran around with the pair of scissors I gave him, and would not stop running despite my pleading. When all the other kids where sitting joyfully doing their crafts, Jamaal was running around screaming with his scissors. His group leader would ask him to come sit down please, but he would then come over to my group, and sit by me and ask for the scissors. He was the most hyper-active, ADHD child I had ever met. 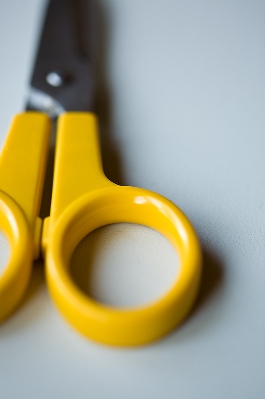 At first I was so convinced that Jamaal would never change. Despite thisplus my own stubbornness to believe in peopleI began to reach out to him.Throughout the week I knew Jamaal, I loved him as best I could. I loved him when he was attempting to cut the grass with his scissors.

When he wouldnt give those scissors upwe only had one pairI tried to brainstorm some creative ways to keep his ever-charging mind on something else. I smiled at him when I wanted to yell, and I laughed with him when he thought I was funny. We were quite different, Jamaal and I, but that did not matter. I loved him. Rather, God loved him through me. That is what mattered, what made the difference. By the end of our acquaintance, albeit a short one, Jamaal was transformed. He listened to me; he even wanted to know if he could share the scissors with anyone else.

It was not that I loved him perfectly. What shook his 4-year-old soul was that I was trying to love him at all. In my imperfect, human way, I loved him. And in realizing this, he was able to embrace Gods love which is much greater then my own. In this love, his transformation took root.

How many times have wecollectively, as a nation, or even worldwalked past the hurting, scissor-crazed people in our lives, because we deceived ourselves into thinking our love could not change anything? Had I stayed convinced that my love could do nothing to open up his heart, I would not have this story today. Everyone needs love. Anyone can give it.

When people receive love, they learn to return love to the broken people they meet. By teaching one another to love by example, love spreads over this crazy world full of people yearning to be loved, and to love in return.

Love people. Love until the passion burns your heart. Then love some more. As Mother Teresa says, “I have found the paradox, that if you love until it hurts, there can be no more hurt, only more love.”

I believe in the power of Love. Love that heals broken hearts, melts icy waters, and frees more people to love.

Leah is currently in high school where she is amazed as God’s fire consumes her ordinary life, and ignites passion in His children’s hearts. She is a believer in Christ and the hope His love brings to people. She loves to laugh. And she is going to have dreads some day.