In the late 1980 s to the early 1990s and up until today, people are once again becoming less interested in fitting a specific social category where one is judged according to what he/she wears and becoming more interested in the world around them similar to the 19th century.

There has been an uprising in the fair trade and ethical buying of clothes amongst the general population and an increasing interest to seek justice and peace within the past 20 years that has led people to appropriate their ideas of social justice into the world of fashion, and focus more on their personal beliefs, their works and how they affect their environments as a means to identifying themselves. 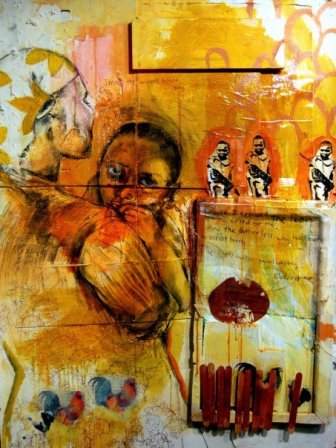 This new social consciousness of the West, specifically in the United States, brought about the Fair Trade and Ethical Buying movement of our day. What began as a small reaction to the over consumptive West by various underground organizations and the Christian church is now being appropriated into mainstream fashion trends and even into the high-end fashion industry.

Fair Trade, as defined by the Fair Trade Federation, means an equitable and fair partnership between marketers in North America and producers in Asia, Africa, Latin America and other parts of the world. A fair trade partnership works to provide low- income artisans and farmers with a living wage for their work, enabling them to cover basic needs, including food, shelter, education and health care for their families.

Ethical Buying simply means the consumer is making an ethical decision when he/she purchases an item such as food, clothing, furniture, etc. It is the consumers responsibility to ensure that the item was produced and traded fairly so as to condemn human rights abuses. Third party certifiers who label products that meet Fair Trade standards such as guaranteed minimum pricing, environmentally sustainable production practices, and safe, non-exploitative working conditions regulate the Fair Trade system.

There have been many reports describing the awful realities of the unethical treatment of workers by numerous popular corporations and businesses like Wal-Mart, Adidas, Starbucks, Gap and Nike. Over the last 20 years, or so, transnational corporations (TNCs) have been taking advantage of lower trade barriers and low transportation/communication costs in order to relocate production to poor countries in the global south, of which children unfortunately are the disposable pawns. Many TNCs source from factories where there is forced labor, the firing, beating, blacklisting, torture and killings of unionists, physical, psychological and sexual abuse of workers, discrimination against women, and exposure to dangerous, unhealthy work.

It has been reported that in Thailand, workers producing childrens clothing for Nike, Levi Strauss and Adidas recently reported having to work up to 110 hours per week. Managers made them swallow speed so they could work up to 48 hours straight before collapsing. In other cases, there are reports of workers injected with contraceptive drugs and employers pressuring pregnant workers to have abortions. The worst problem, however, for most workers is that their wages dont meet basic needs. In China, Vietnam, Indonesia and other countries base wages range from 20 to 30 cents a day.

Nike and The Gap are amongst many of the businesses that have fallen under the temptation of sweatshop labor. Nike is currently the largest manufacturer of athletic supplies in the world. In June of 1996, Bob Herbert, a New York Times columnist, criticized Nike labor conditions within a harsh open-ended piece. The accusations alleged that Nike built its wealth and products with the “slave” labor of young Asian women. The accounts described human rights abuses, violence to laborers, and hideous working conditions within Nike’s Asian facilities.

Over 40 demonstrations occurred at nationwide Niketowns, resulting in the arrests of 19 demonstrators. Nike’s image was stained and it was pressured to respond, so they created a PR campaign claiming that its factory conditions were equitable and its laborers were fairly treated. The company was sued in April of 1998 for its false advertisement and lost millions of dollars, helping a standard for other Fortune 500 companies to adhere to. 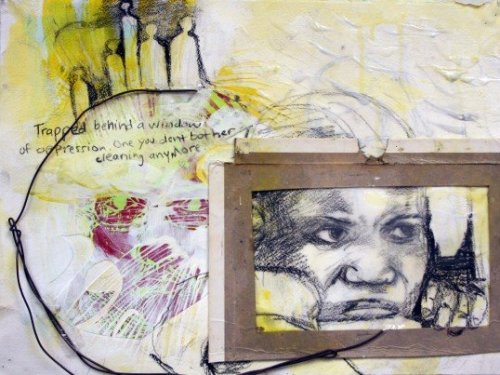 It is to no surprise that Gap Inc. was once again discovered using child labor to produce their clothing. Dan McDougall of the British newspaper The Observer, published his investigation of the popular TNC: Gap Inc. in October of 2007. His investigation revealed children between the ages of 10 and 13 hand stitching Gap garments for no pay, and living under horrid conditions. The children were bought from their parents and transported by train to underground factories in New Delhi, India, where the children work from dawn to am hours non-stop with no salary.

Not only are the children deprived of education, health care, and proper nurturing, but they are now also slaves to the over consumptive West. Gap has huge contracts in India, which boasts one of the world’s fastest-growing economies. According to the UN, child labor contributes an estimated 20 per cent of India’s gross national product with 55 million children ages 5 to 14 employed as factory workers. “Gap may be one of the best-known fashion brands with a public commitment to social responsibility, but the employment of bonded child slaves as young as 10 in India’s illegal sweatshops tells a different story,” says Bhuwan Ribhu, a Delhi lawyer and activist for the Global March Against Child Labor.

Continued in: Fair Trade and Ethical Buying within the Clothing Industry, Pt. 2

Francisco is currently studying Visual Arts and Anthropology at the State University of New York at Purchase College. He is passionate about compassion and service to the poor, and plans on disappearing somewhere in India after he graduates college to live amongst the “least of these.”