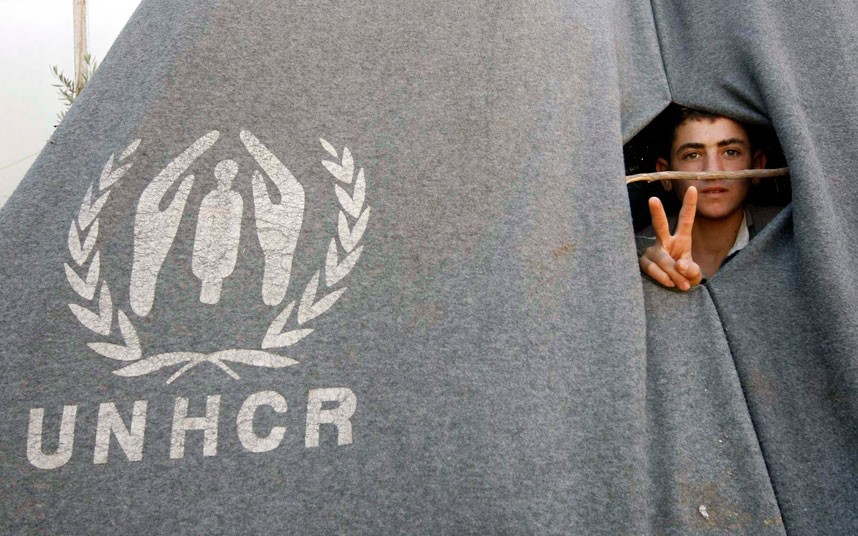 Syrian refugees at Bashabsheh camp in Jordan…epa03308933 A Syrian refugee who fled the violence in his county flashes the victory sign at Bashabsheh refugee camp, at Jordan-Syria Border, Ramtha City, 90Km North of Amman, Jordan, 17 July 2012. Jordan on 10 July said it had begun construction of the countrys first Syrian refugee camp, as part of efforts to cope with a refugee influx that has reached as high as 1,000 people per day. The camp, designed to host up to 5,000 refugees, will be jointly funded by the UN and the JHCO and completed by the end of the week, according to the UN Refugee Agency (UNHCR). EPA/JAMAL NASRALLAH