Im mindful of Gods presence in my life tonight. A handful of seemingly independent phenomena have focused my attention on Him.

Its kind of weird. Theres a level on which faith is so difficult. But I think its only difficult because its such an alien thing to us. Its not really hard unto itself. Its just that we dont get any practice and our day-to-day existence, actually works against the sort of submission and letting go that strengthens faith. 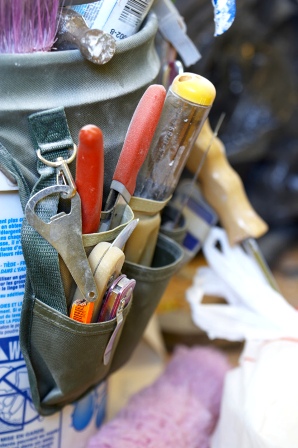 Its like driving a car in reverse Counter-intuitive, and hard in its own way. But at the same time its not hard at all.

Its so easy. Basic to who we really are. It seems counter-intuitive only because were out of touch with our instincts.

I guess I shouldnt say we. Im not in anybodys head except for my own. And it was hard for me, once… too hard for me to do it.

I know now that I was trying too hard. I was going about feeling Gods presence in the same way I went about everything else. I was action-oriented, intellectual, active.

I had this whole chest of tools the world hadtaught me And those tools worked, for solving certain kinds of problems.

My life got ridiculous and out of control. I saw that the tools I had were utterly inadequate.

It wasnt a fun time. But it was what I needed, I think.

There were some specific things I did, at least in my mind, at that time. I dont think this is the only trail. Maybe these are just outward symptoms and they dont matter at all.

But for whatever they are worth, at this time I did the following:

I have this prayer if youre reading this and youre struggling with faith. I know its cheesy to tell somebody youve never met that youve got a prayer for them. But maybe its less cheesy if I admit that the prayer is really for me; for the person I was when I was messed up and confused and everything.

My prayer is that the process of finding truth goes quickly for you. That it delivers minimal pain and maximum wisdom. But I suppose the thing is that the being in charge of it all is perfect and loving and He doesnt want to cause us more pain than we need, and he does want to give us as much wisdom as we can handle.

Jeff Campbell is attempting to follow Jesus’ revolutionary call on his life as a father of three, a husband, Special Education Teacher, and Director of Small Groups at Fellowship Church in Holden, Massachusetts. He frequently tells his kids–much to their great annoyance– that he’d like to be a fireman when he grows up. He blogs at jeffsdeepthoughts.wordpress.com.