It was Saturday, hours before the sun would rise, and I was wide awake.  Saturday is my sleeping-in morning – the time that absorbs the impact of the other six days, which generally require me to wake up at 5 a.m. and run until what feels like Past My Bedtime. 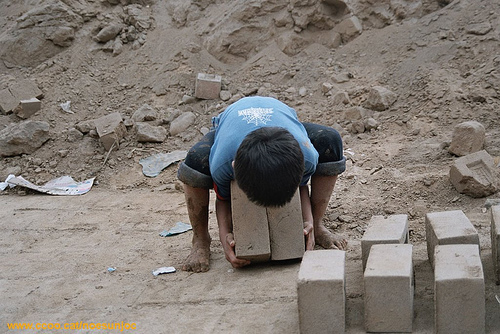 But that Saturday, in the dark hours well before five, I was talking as fast as I could inside my head, mind working frantically to unload prayers as heavy as bricks.  My stomach was sick from lack of sleep and my soul was utterly weary from a week of one heartache after another.

Later that day I would attend the funeral of someone roughly my age, who left behind 3 kids and 3 step-kids.  I had been weeping before God on behalf of the family since Wednesday morning, and the weight of my grief for them had pressed down on me even in my sleep.

Earlier that week, I had prayed while a friend told me the horrific tale of losing a pet in the unexpected and brutal sort of way that leaves scars on the heart.  In his mercy, he had left out the worst details; in my imagination, I had filled those details in, and my heart hurt every time my memory returned there.

In a hospital bed not far from me, someone I pray for who has already lost a leg to diabetes was recovering, having been nearly killed by the carelessness of a caregiver.  I knew what she did not:  more surgery is in her near future.  I could imagine her predicament just enough to leave me desperate before God as I carried her before Him in prayer.

Across town, a family close to my heart was probably losing sleep as they absorbed a frightening diagnosis on their grandpa.  I remembered my time in both his shoes and his family’s, facing the word Cancer and grabbing for faith with all my might.  On Saturday morning, the peace I prayed for them was a memory and an idea…not something I had any grip on for myself.

Hundreds of miles away, a new and cherished friend who has added light and laughter to my household worked on plans to follow God’s leading to places far from us.  Sending a friend joyfully off into God’s plan is a process; I was at the beginning place, my heart still protesting the void his absence will leave here.

Within my house, the week had contained the kind of setbacks that required the uncomfortable work of recalibrating expectations, a process that puts feet on the notion of “dying to the flesh” – good in the big picture; not so much fun in the moment.

Mixed in with the stories of my family and friends was the perpetual parade of devastated lives that I experience in my work at a domestic violence shelter.  A friend asked me yesterday if anything at work has made me cry lately; my smile was wry as I assured him work makes me cry almost every day.  Back when I first started asking God to send me places where most won’t go, to pray for those that most have given up on, I didn’t guess that tears would become almost like breathing to me.  I didn’t imagine how sweet the scripture promising that those who sow in tears will reap in songs of joy would become to me.  It was Saturday morning, and I was sowing for a mighty harvest.

So inside my head I talked as fast as a girl in junior high with her best friends.  The weight of the cares of those around me felt like more than I could bear, and I was in a hurry to tell God all about it.  Fix it, fix it, FIX IT, Lord!

And there in the midst of my frantic soliloquy, the whisper began.

I will give you rest.

I heard it, and I just kept talking.

I will give you rest.

Scenes tumbled across the insides of my eyelids, and possibilities played across my imagination.

Still He insisted.  I will give you rest.

He is so much more patient than I, never switching to, “Would you shut up already?” or “Calm down!”  Just over and over again, slow and calm.  I will give you rest.

When I finally grew still, different tears began to flow.  Tears of relief and joy.  I was not alone, and the weight was not mine to carry.  He didn’t need my animated replay of Reasons to Be Upset.  He knew.  He knows.  And He can do all of the things that I cannot.  Starting with…

…I will give you rest.

Funny thing – once I got off the worry train and just drew near to Him, all of that other stuff was handled.  I gave it to Him, and really understood once more that it wasn’t mine to fix.

I had forgotten for a little while how to stop doing.  I had lost my way for quietly drawing near to my Father.  In His mercy, He had come and found me inside my little pre-dawn whirlwind.  In His grace, He gave me rest.

Will you let Him give you rest today?

Come to Me, all you who labor and are heavy laden, and I will give you rest. -Matthew 11:28