Part one of a two-part interview with Chris Heuertz: 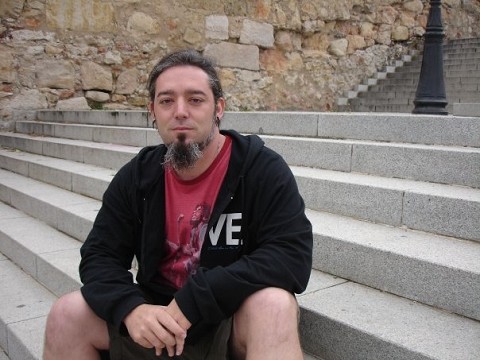 There are certain people in life that you meet and have the opportunity to share a good conversation with, and this conversation is usually one that leaves you feeling a little conflicted, convicted, and overall… thankful.

I’ve had the opportunity of listening to Chris Heuertz speak on occasion, and getting the privilege to steal some of his time for an interview was a breath of fresh air.

Interviews are tough sometimes, and what I would say I had with Chris was not an interview, but a conversation involving the engagement of both. There were a few questions I asked Chris, but mostly tried soaking in his words the best I could without breaking off on some entirely different tangent.

His new book, Simple Spirituality was released last Fall, and I recommend you picking up a copy whenever you can get around to it. Though it’s a title that Heuertz is somewhat conflicted with, he shares his wisdom on the topic and celebration of simplicity.

Chris is a great conversationalist – and in general, a person. I would expect that his humility and humbleness would downplay any “overly” kind and affirming words, but I have been challenged and encouraged by his journey towards God’s heart. I hope that I can express Chris in a way he would want others to see, not only as the International Director of Word Made Flesh, but as a broken and conflicted follower of Christ whose heart is led to the most vulnerable of the world’s poor.

Word Made Flesh is a non-profit organization that places intentional and relational communities around the world to “serve Jesus among the most vulnerable of the world’s poor”. Heuertz finds it important to emphasize “among” rather than “to” the poor, simply because of the relational and intentional aspects of serving among his friends who happen to be poor.

I asked Chris where his heart first began to see the world as a very broken and hurting place – – only to learn that his journey was a progression of himself interacting with his faith. He was “coming to terms” with these faith interactions as he traveled throughout reservations of New Mexico and the inner city streets of Chicago, Illinois.

Chris took a semester off and traveled to the Middle East where he found himself in Palestine and in the city of Jerusalem kicking soccer balls with the street kids. It was a time where he found himself asking hard and conflicting questions about poverty, oppression and injustice. The answers he had heard didn’t add up and ached to learn more about the root of these crippling issues, as well as his own heart for the world’s poor. 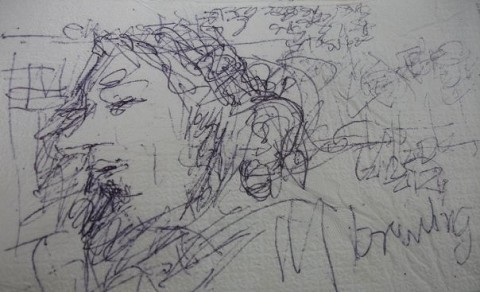 In 1993, Chris traveled to Southeast Asia where he began volunteering with the Missionaries of Charity in Calcutta, India. It was here that Chris was able to meet and converse with Mother Teresa, who founded the Missionaries of Charity. He volunteered at Kalighat, the home of the destitute and dying and describes the experience of tending up to 50 dead bodies during his time there, a haunting and sacred experience. This would be a devastating experience for a college kid. From this point on, Chris describes it as the “vocation that found me”.

When Simple Spirituality Learning to See God in a Broken World landed online and in bookstores, I knew it was a matter of time before I would be re-living some of the painful and beautiful memories of my own journey to Calcutta, and remembering the flesh of its crippling poverty.

Heuertz states that the title reflects on the intention that we have “complicated simplicity as a faith tradition, and that it is formed by our relationship with God so that we can nurture intimacy.”

Chris then went on to describe this communication with God in relation to communication in marriage. Both are necessary in order for the relationship to work. As Heuertz says in regards to relationship, “Nail those down in place before you get down into the more complex aspects of marriage to work. These are no-brainer touch points that have to be in place.”

In my own concern of social justice, I asked Chris if there were aspects of spirituality, missions and simplicity that were being turned into a product.  He laughed, and informed that the new book, or should I say “resource” he’s working on for the Duke Divinity Center for Reconciliation touches on some of these complex issues.

“It’s a conversation about trends in missions,” Chris says. He probes the issues of “opportunity-based” missions and the “career missionary model”, in which families used to devote 40-plus years to serving in another country.

When listening to Chris, there is a tone of urgency and legitimacy that gives us a new found sense of responsibility. His experiences and the stories of his friends beg us to question the foundations of our faith traditions and how we live our lives among the hurting places of the world.

To order, Simple Spirituality – Learning to See God in a Broken World follow this link.

Josh is a Mississippi boy who now lives in Portland, Oregon. He is currently on his way to marrying his fiance, Hannah, who both met serving with Word Made Flesh in Calcutta, India. His interests include: books, gardens, racial reconciliation, southern cuisine, coffee and birds (in no particular order). Josh is also an aspiring: writer, Stumptown barista-extraordinaire and world-renowned southern chef.