Life for Wayne Elsey is simple. As the President of Kodiak-Terra USA, Inc. and founder of non-profit charity organization Soles4Souls, he does not live a slow lifestyle, but it is, essentially, a simple one. He gets shoes and gives them away. 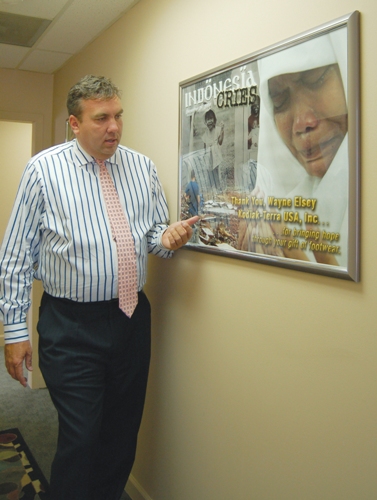 In the aftermath of the 2004 tsunami that hit Southeast Asia, Wayne felt compelled to do something. Like many of us, he did not know what to do. He remembers sitting on his couch one night, watching TV and seeing a picture of a single shoe washing up on the beach shore. That triggered a few calls to some other executives in the footwear industry and the subsequent donation of a quarter of a million shoes to the devastated countries.

A year later when Katrina hit, Wayne called the same group of friends, and they sent three-quarters of a million shoes down to the gulf coast communities affected by the hurricane. In all honesty, he admits that he did not expect such an immediate and successful turnout. This left him wondering, why not start a non-profit and do this all the time?

Another year later, Soles4Souls was formally incorporated as a 501(c)(3) charity organization. Now, in 2007, they have thirteen employees and are considerably growing in public recognition. It has been that simple. And the mission is straightforward: to change the world, one pair at a time. They have already given away over a million shoes.

The simplicity of what we do we get shoes and we give shoes is the reason people get it, says Wayne. There is no question about what we do.

Though they partner with many churches and even give faith-based groups shoes to distribute in the third world on mission trips, he is specific not to label Soles4Souls as a religious organization.

Religious people drive me crazy, he sighs from what I can imagine has been the mental exhaustion of hundreds of conversations with churches and religious leaders. He assures that he does not mean to sound negative, but the point he is trying to make is that regardless of whom the recipients may be, he wants to make a difference in their life with a pair of shoes. 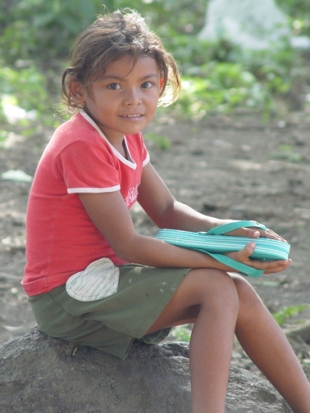 Whats so impacting about the gift of shoes? According to Wayne, it could save a life. Plenty of diseases and infections in the third world could be prevented by decent, protective footwear.

In addition to the obvious charity, Wayne wants Soles4Souls to be a wake-up call to the business world, to engage the giving side of peoples hearts. No matter what the industry, anyone can make a difference.

Concerning CEOs and business executives, Wayne says, Its very easy to get caught up in a world where you make millions of dollars a year. You drive a BMW on Monday, a Lexus on Tuesday, and a Cadillac on Wednesday. You forget about hurting people. However, he notes that there are plenty of generous people out there whom you would never suspect. He wants to reach those who still need to wake up to the needs of the world.

Matthew Wilson, who has been on a few distribution trips for Soles4Souls also met with me and shared about his experience. He says that they often partner with a local church, providing resources to meet peoples physical needs while spiritual ones are also met. In a typical trip, they will send the shoes ahead and spend the first day overseas, sorting the shoes by sizes and type. They spend the remainder of their time visiting communities in the area. In Honduras of November 2006, they visited a nursing home, two villages, childrens hospitals, and the local garbage dump.

According to Matthew, the best part of the job is physically putting the shoes on someones bare feet. Of course, they could blast into a foreign country, throw shoes out the back of a bus, and drive off, but they relish the chance to serve and love people who may have never had a pair of shoes . The gift of shoes can ease the hardship of a persons daily life, prevent disease, and give someone dignity.

People overcomplicate things, says Matthew, whos only in his early twenties and already enthusiastic about being part of something greater than himself. He adds that giving someone a pair of shoes can be a stepping stone to something bigger, telling of opportunities he has had to pray with people on distribution trips. 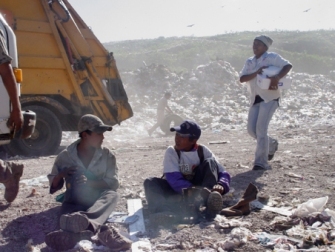 Rebecca Wilson, Matthews sister, remarks, It doesnt take a whole lot of money just a willingness. They both agree that college-age people want to get behind something meaningful and make a difference in the world, but they dont always know how to begin.

Giving shoes is not a difficult way to do just that. They encourage students to host shoe drives and give out of their excess to those who have none. The beauty of it is that anyone can go into their closet, find an old pair of shoes, and give. Any church can do this.

But, will we? Wayne Elseys words ring true in a prophetic tone that almost sounds like the voice of Jesus, calling out the religious hypocrites:

At the end of the day, I dont care what you tell me, because your words mean nothing to me. Your actions mean it all. If you want to tell me how much you care about me you do that by your actions.

Its so simple. Its simple.

Jeff Goins is from Chicago, IL but just recently moved to Nashville, TN. He is editor-in-chief of Wrecked.
If you want to learn more about Soles4Souls, you can visit their site at: www.soles4souls.org