During the fall, I worked on a congressional campaign in Alabama. From the beginning, I was cautioned not to go to the north side of the city. 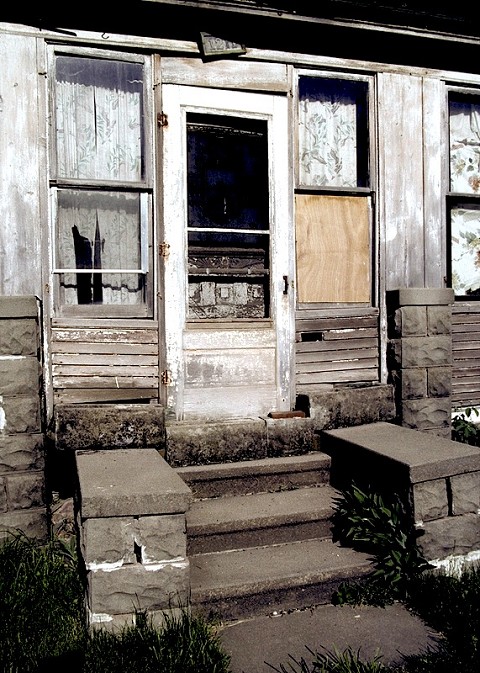 It was the low-income, predominately black area of the city. Though I understood that demographically, the black communities had a history of voting a certain way, I had an inclination that it needed to be reached. After all, they were people too. Didn’t we want to reach everyone?

It’s useless. A waste of time. Dangerous. Forget it. But the desire persisted.

After I’d finished organizing people to hit the major upperclass, predominately white communities, the north, lower income communities, still remained unreached. As a result, I called up a friend and had her pick me up. I told her there was a precinct that needed campaigning. The two of us together could probably finish it in an afternoon.

Emily drove up to headquarters, I climbed into her silver Mini Cooper, and we whipped out of the parking lot, headed for the north side. I didn’t tell anyone where I was going. I was following a gut feeling. Someone needed to go there.

We were two white girls in a Cooper-I think Emily was even wearing heels. We felt as if we were about to cross the boarder into East Germany. We were giddy with the excitement of going where no conservative had ever gone before. If the campaign could be won, it would be won by our efforts.

Somehow it felt darker on that side of the city. Maybe it was just the dismal landscape. The bricks on the houses were crumbling; the driveways were overgrown; trash was a common decoration in practically every yard. But the scenery only added to the adventure.

Then the fun began, as well as a very enlightening experience for both of us. We went from house to house, enjoying every moment of persuading people that our candidate was worth the vote. Yes, we received our share of catcalls.

And only once, when a car drove slowly by and the male driver and passenger took the liberty of checking us out, did I feel like death by drive-by was imminent.

Even so, we made a very interesting discovery.

Similar to every other door-to-door experience I’d had, we had our share of people cuss us out, slam the door in our face, or tell us to get lost. But there were also a good number of people who joined us on their disintegrating front porches and talk to us like we were their neighbors or old friends.

As the hours passed, we found we had forgotten what part of the city we were in. It was just another neighborhood; just another house; just another person and any initial fears subsided completely. When I arrived back at the campaign headquarters and the rest of the staff discovered where I had gone, I was assailed with accusations that I was nave, stupid, and that I had wasted my time.

From the demographic survey, that may have been true. Perhaps it had been a waste of time. But, I argued, in a close race when every vote counts, maybe it would have been better to not overlook a community simply because it’s predominately black.

The argument continued and my fellow coworkers’ disdain for the black communities surprised and saddened me. After we ceased to arrive at a conclusion, we put a lid on our views and talked of other things.

Later, when our candidate lost the race, I wondered if, in these changing times, it would have been beneficial for the campaign to spend some time laying aside historical prejudices; bridging age-old gaps and entering long avoided territories. Or at least, it might have been an adventure.
If you liked this article, check out: Repairing Broken Trust

Katherine is  a freelance writer and blogger. She loves to go on random adventures and work odd jobs, if only to have something to write about. When she’s not adventuring, she is playing sister to her girlfriends, guyfriends, and five younger siblings. Katherine lives in Alabama with her family.