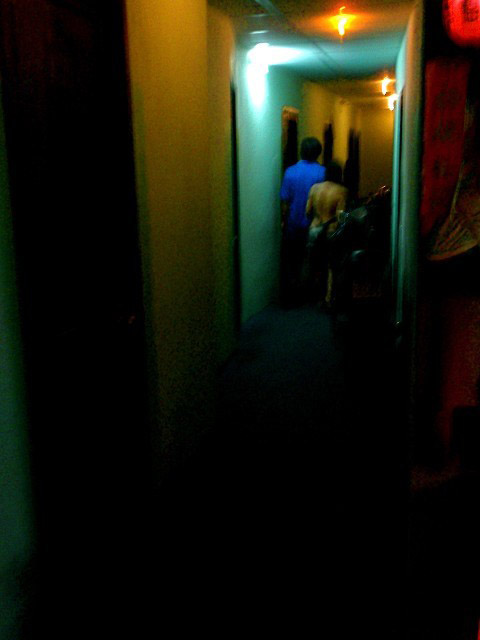 It’s hard not to look out the window of this second-story coffee shop, glance from face to face of the tourists, and not try to understand what their real purpose is here in Cambodia.

I look primarily at the men as suspects, animals capable of so much destruction to even one human life. And it’s hard not to think this when you see a grown man in his sixties, white, walking a little Cambodian girl by the hand.  It looks innocent enough… but not when she’s no different than the beggars around her.

It’s not uncommon for children like her to be picked up by human traffickers. And so, I’m not giving this issue any rest.  In the back of my conscience, I can’t help but mull over this and pray over it daily.

I cannot effectively communicate the way that I’ve been ruined, and perhaps I’m still trying to get over the shock factor and couple it with my ability to react.  I just want to make a difference.  I want to awaken our generation to such things.   I realize there’s much more going on in the world than just human trafficking, yes. There’s a crisis that yet remains in Darfur. There’s still hell in Uganda’s society. There’s still people wrestling to feed their families in Russia. But there are some things in life that God just removes the blinders to.   The USA is one of the number one countries creating demand for human trafficking. Below are some links. Please check them out and prayerfully consider your involvement in abolishing modern-day slavery. If you have others to add, drop the links in this list, and we’ll add to them. We definitely want this to be a resource for others who are passionate about this issue and making a difference.   Human Trafficking Campaigns and Projects

Not For Sale by David Batstone

The Natashas by Victor Malarek

Be the Change by Zach Hunter

A Crime So Monstrous by E. Benjamin Skinner

…a ministry in urban Bangkok, which reaches out to women and children working in the bar areas of Nana/Sukhumvit.  Located in a neighborhood with a growing sex trade, Nightlight’s vision is to share the Light of the world in both word and deed to those who live in darkness.  To know more visit their website.

RugMark is the international nonprofit organization devoted to building schools, programs and opportunities that give children back their childhoods by ending child labor in the handmade carpet industry in South Asia. Project Rescue

International Justice Mission (IJM)
IJM is a human rights agency that secures justice for victims of slavery, sexual exploitation and other forms of violent oppression. IJM lawyers, investigators and aftercare professionals work with local governments to ensure victim rescue, to prosecute perpetrators and to strengthen the community and civic factors that promote functioning public justice systems.

Matt is an ordinary radical who just finished an 11-month, 11-country pilgrimage around the globe with the World Race. In early January he’s moving to Port Huron, MI to work on staff with the same organization. Matt loves to see the Kingdom of God manifest itself in the most unlikely places through his own life. He loves Jesus and hopes that you do, too.