Last summer, I found myself rushing home from an outreach in Los Angles, trying to make it back to East Texas in time for a very important event — Donald Miller was coming to my town. He was part of the Ride Well Tour, biking across America to raise money for wells in Africa.

I am not going to to lie. I have a bit of a writer/celebrity crush on Don. I don’t think I am alone in this either. I think one of the reasons is because before I read Blue Like Jazz, I felt alone, like I didn’t fit into cultural Christianity. His quirky, honest memoir deeply resonated with thousands of young people like myself who needed to see God outside of our parents’ religion.

In A Million Miles in A Thousand Years 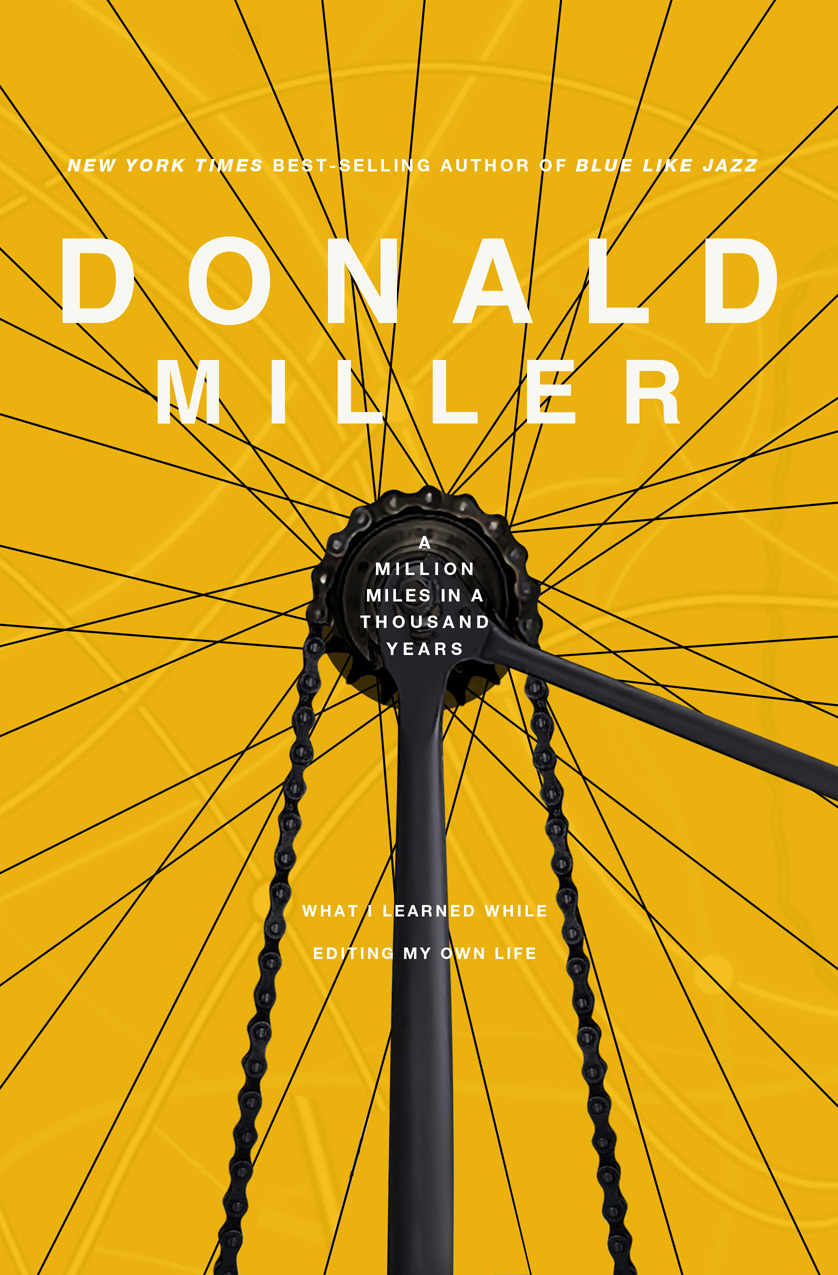 , Miller invites us to get off our recliners and stop living vicariously through other people’s stories. His own awakening was sparked when he was approached by two producers about making a movie based on his life. In this process of going through the plot line for the movie, Don is slapped in the face with the reality that his real life was too boring to actually be a good plot.

In the beginning of the book, Donald says,

Nobody cries at the end of a movie about a guy who got a Volvo. But we spend years living those kinds of stories and expect life to feel meaningful. Maybe that’s why we go to so many movies, because our real lives don’t feel meaningful anymore.”


The book unfolds in a string of incidents that push Don to jump up out of his spectator chair and participate fully in life. He shares vivid stories of hiking seven miles of stairs to Machu Picchu, reconnecting with his father after 30 years, and, of course, riding his bike cross-country.

The halfway point in his journey was my little town. My friends and I arrived early after a long drive and made our way to the front, craning our necks to see if we could spot him in the crowd. I felt giddy, like a ninth grader at a Jonas Brothers concert.

When his team finally got on stage, I was surprised at how much weight he had lost and how much he blended in with the rest of the team. The event was obviously about something bigger than listening to an author talk about his books (although, I admit, I wouldn’t have rushed out of California so fast if he wasn’t going to be speaking).

He and his team shared stories from the road, sleeping on church floors and biking through painted deserts. Miller shared about his friend Bob, whose life tells an incredible story. He and his kids decided to start a parade that would go down the street of their neighborhood. They went door-to-door and inviting all the neighbors — but there was a catch — no spectators were allowed, only participants. Miller spoke with an excitement and passion that seemed uncharacteristic of his usually wry self. I could see something deep in him had changed, and it wasn’t just his belt size.

That story he shared struck a chord in me; I wrote on the inside cover of my journal this reminder: “In the parade of life, there are no spectators, only participants.”

I think Don is on to something huge. There are a few main things that must happen in the plot of a book or movie; otherwise, the audience walks away feeling cheated: the hero has to want something, and he must risk and face his biggest fear in order to obtain it. As human beings, we have an intrinsic understanding of this — we live story. Yet, because we over-value comfort and are jaded by our I-want-it-now culture — because we are afraid — we forget what living a good story looks like.

As a writer, I am so busy looking for a good story that sometimes I forget to live my own. As Henry David Thoreau wisely said, “How vain it is to sit down to write when you have not stood up to live.” A Million Miles made me want to live my life in such a way where I don’t make my decisions based on what was most comfortable for me, but what would make a good story. Risk. Adventure. Not going through life subtly and carefully, but facing the pain to find ultimate beauty and joy on the other side. As Don writes:

I wonder if that’s what we’ll do with God when we are through with all this, if He’ll show us around heaven, all the beauty and light coming in through windows a thousand miles away, all the fields sweeping down to a couple chairs under a tree, and we’ll sit and tell him our stories and He’ll smile and then tell us what they mean.

For more on A Million Miles in a Thousand Years, visit the book tour site. You can also buy the book on Amazon and read Don Miller’s blog.

Brooke is a missionary with YWAM. She loves to see the world, cook, and write poems. Check out her blog. (That’s her with Donald Miller in the picture, by the way.)