The first time I saw the ministry of Joyce Meyer in action, I was in a small orphanage slum in the middle of Southern India. The kids were gearing up for Christmas and singing carols to usher in the winter solstice.  I was with a team of people and we were there to sing with them and lead them in their holiday merriment. It really amazed me because up to that point, I thought Joyce Meyer was another conservative televangelist. That she is not! 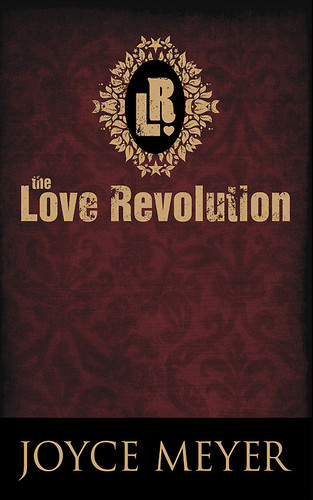 In her new book The Love Revolution, Joyce Meyer candidly talks about her childhood, life and how the church needs to get their act together. How religion has become the new God we praise and worship. How some churches will be singing the same old hymns and exclusively hoarding their offerings to line their church pews with gold. It is a challenging book for those who want something more than the dilapidated worn out versions of faith we sometimes defend. Her heart for the poor and unloved shines through like a beacon in the cold dark night that most of them call home.

Take, for her instance, her views on the heartbeat of God in Scripture:

“…more than two thousand Scriptures in the Bible speak of our duty to the poor and needy. Since God inspired that many, there must be a message He is trying to make sure we understand. How important is it for each of us to be involved in some way in helping afflicted people? Probably more important than many of us realize.” (p.99)

Her words pack a punch that I think the church needs to hear. It is not the most comfortable book to read. If you are fine where you are in your faith, then this book is surely not for you. If you want your Sunday morning cups of complacency and donuts then don’t go out of your way to digest what Joyce is trying to say here.
In one of her chapters, Joyce spends a lot of energy proving that the message of Jesus is for everyone. That He was a rebel with an inclusive cause. That God doesn’t play fast and loose with his emotions and flippantly has a list a favorites in His Facebook, that God loves all and wants all people to know Him. She rails against the exclusive mindset that seems to run rampant within our churches and community halls. She spends a lot of energy on how we should be treating one another and shares a list of scripture that demonstrates God’s heartbeat for the “one anothers.”

If there is one critique about this book, it would be that she seems to overlap a quite bit. She repeats herself in different ways, and tries to find ways to make the same point with alternative terminology. But, if you choose to see beyond this, then you will be a person challenged and changed by what you read. Maybe it is in her repeating that we can find the true point to her message, that the gospel isn’t about having someone say a prayer, but it is about love and allowing that love to transform the lives of those we encounter.

She says “I believe telling people what to do and failing to give them any information on how to do it is a huge mistake. Many people talk about love, but just talking doesn’t necessarily leave people with any concrete ideas of how to show love in practical ways.” (p. 169)  Her writing style invites you to be a part of the conversation by asking you questions and then slowly building her case for love, as if you were having a casual chat with some friends at a nearby Starbucks. It makes it easy to follow when you feel like you are part of the conversation, an important aspect I think some authors do not apply when writing. But Joyce does in this book.

Her book includes familiar quotes by familiar people or at least those she thinks we should get to know. For example, on her chapter entitled “Justice for the Oppressed” she quotes former president Theodore Roosevelt when he says “Justice consists not in being neutral between right and wrong, but in finding out the right and upholding it, wherever found, against the wrong.” I think this is a great quote that we should all take on board, especially in light of the ongoing theological argument of focusing on sin rather than grace or vice versa. I think we would do wise to heed these words in light of the numerous events and accounts of injustice that occur globally, but for some, even down their own street where darkness has a found a place to call its own.

I would encourage anyone who is looking for strong sip of caffeinated truth to go out and get this book! It will challenge you. It will frustrate you. It will leave you with more questions along with the ones you already have. But, this is a good place to be. A place of discovery and awe. A place where action rather words rings true and transforms the way we think about life, love and God. Joyce does this. And she invites us to do the same.

George loves the outdoors, singing in the shower and doing underwater, synchronized Pilates. He is currently working on a book entitled “Jesus Bootlegged: Recapturing the Stolen Message of Jesus for The World”. You can read more about him at his blog.