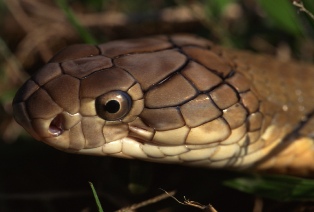 Josh and I had been planning on getting some “guys time” for awhile; we had planned that we would find some time for the guys around to fast and pray someplace remote. We were hoping for five days. We figured we would fast from everything except Red Bulls, which are only 10 baht (30 cents) here, and water. We would spend the time really praying and searching for God. I remember hearing a story about a guy who discipled his sons by putting them alone by a river for 40 days to fast. I think the guy’s name was St. Patrick. Maybe they fasted from everything except green beer. That is a fast I might try someday – just Guinness for a week…

(As I type, men drive a herd of tame water buffalo past me, with bells hanging from the buffaloes’ necks.)

The five days turned into a chance at having one night. We heard there was a cool spot we could go to near a river and a cave. That sounded good to us, and anyway, a fast always sounds less appealing as it nears. Then we heard that we might not be able to go to the cave, because apparently a bunch of anacondas have tad residence there, but we decided to go, anyway.

We hopped in the back of the pickup truck for the ride down the muddy roads, and we pulled in front of a village. This village had a church, and this church was one of the churches that our contact pastor is involved with. But an issue of money has fueled a feud here and this pastor and his wife have not been welcome for a while. I guess it is good to know that family dysfunction happens everywhere, and the cause of this family feud is the same cause of so many church squabbles. People are people everywhere.

We checked out the church, and then we started our hike. I had no idea this hike would be so strenuous. Ray made it sound like it was a simple walk in the woods. We headed down a mountain, and eventually slowed to a crawl as we tried not to slide in the slimy clay, tried not to slide right off the six inch wide path. Sharp razor bushes lined the path, and as we slipped, we would instinctively grab hold of these sharp branches. Our legs would be brushed by these vines and my legs felt like they were on fire. Eventually we made our way down to the flat rice paddies.

As we walked along the edges of the paddies, balancing on the top of mud levees like balance beams, I thought about what Vietnam must have been like. I really don’t think I would have made a very good soldier at all, and I wondered what it would be like to be worried about mines or enemy abushes as I tried to avoid getting my Hi-Tecs wet and I tried to avoid sharp plants, whining the whole time in the sun. At one point my foot slipped and I had to repair the levee as water began rushing out of the paddie. We came to the river, and the path along the river was so full of sharp plants, that I decided I would rather just get my sneakers soaked, and I joined all the sandal wearers as they walked in the river.

After almost two hours of hiking we came to a little bamboo shelter, this would the home Rusty, Ryan, Josh, and I would share for the night. We climbed up and checked for scorpions and anacondas; it was clear, and we settled our stuff down and rested for a few minutes before heading to the cave. The cave was almost another quarter mile down this river, and as the water got deeper, I started to remind myself that “I ain’t afraid of no anacondas.”
To be continued…