Thanks to our friends at the following websites for publishing some form of this article: Relevant Magazine / Burnside Writers Collective / Evangelicals for Social Action / ProdigalSon Magazine . I’ve since refined and expanded some thoughts, making it more personal. Enjoy:

The first time I think I was ever fascinated with pilgrimage was in college. Of course, the allure of leaving all that was comfortable and finding an adventure had been a desire in my heart for awhile. I kept trying to answer it through summer trips to Texas, random weekend drives, and eventually a semester abroad in Spain. But that’s when I heard about a real pilgrimage – El Camino de Santiago. 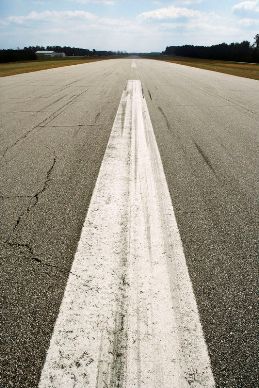 The Camino is a yearly trek through northern Spain that people from all over the world take, ultimately leading them to the alleged tomb of St. James the Apostle. They do it by foot, lodging in random hostels and churches that have lent their facilities to the pilgrims. It’s exhausting, and people do it for various reasons. Although amongst them all, there is a central desire to be cleansed and renewed.

The notion of intentionally checking out of the culture of “too busy” for awhile was almost seductive to me. In America, pilgrimage has become a forgotten practice. We’ve lost the art of taking some time to go on a journey and figure out what life is really supposed to be about. We just dont have time. Between college debt and career tracks, we can lose ourselves if we’re not too careful. Identity must come before activity, or our lives will always seem mundane and routine. Most of us do this rather backward – we thrust ourselves into the real world, start doing a bunch of good things, and hope to find meaning from it. It never comes. We become burnt out and resentful… towards friends, parents, spouses, and even the Church.

My mentor Seth Barnes says, “Most young people have more questions than answers.” I resonate with that so much. He thinks that the answers can be found in a journey of self-discovery. It begins with questions about “me” and “what am I supposed to do with my life?” but ends with a radical desire to be used, to be poured out, to be exhausted for God’s kingdom.

Two years ago, when I graduated college, I left on a nine-month tour of the United States and Canada, playing in a small band, living out of a van and trailer. On a day-to-day basis, we didnt know where we were going to stay or eat. Sometimes, we left one venue, and I honestly broke the news to my bandmates, Guys, I dont know where were going. Were just going to drive and stop when we get there. Through the hospitality of strangers, we learned interdependence, that we all needed each other and not one of us has it “all figured out just yet” (to quote Alanis Morissette).

That’s the point, isn’t it? That we’re all much less spiritual than we are religious. We speak the language, keep the rules, and hide our shortcomings. What if a generation was humble enough to admit that they still don’t have God figured out, that he’s still a mystery, and that intrigue leads them into all kinds of radical adventures? What if we took some time off and saw what God really had to offer the man or woman who was totally consecrated to him? I can’t help but dream. The importance of a pilgrimage is that you leave home and forsake comfort for the possibility that something better out there exists.

In the early nineties, there was an international bestselling book called The Alchemist by Paulo Coehlo. It sold over ten million copies. Coehlo tells the story of a young shepherd boy who leaves his life of simplicity for a great adventure and is surprised at where the journey takes him. Along the way of searching for his lifes treasure, hes tempted to quit, settle down, and turn back. Whats interesting is that the author uses prosperity as the tool to tempt his protagonist its not failure that is his trial; its success. He begins the journey with nothing to lose, but as he experiences certain successes, persevering requires more sacrifice, nor abandoning of the material for the spiritual wealth he is to gain through the experience. What is most significant about this boys travels is not how his surroundings have changed, but how he has changed.

It’s important to acknowledge that pilgrimage is for everybody, not just those who are bogged down by a 9-to-5 or those who are already wandering vagrants. Anyone who’s ever wondered what else is out there owes it to herself to go on a pilgrimage. Don’t box yourself in; that pilgrimage may look differently for everyone, but you owe it to yourself to go on a life-changing journey, if you’ve never done this before. The very act of leaving is liberating in itself. Now, the irony of it is that the very thing you’re leaving may be what you find. It doesn’t make a whole lot of sense, but it’s true. When you return to a familiar place after being gone for awhile, you realize what you really love and don’t take it for granted. So, in essence, a pilgrimage leads you home.

To be continued (read more at Leaving Home: Why we need a pilgrimage, Pt. 2). Also, if you liked this article, check out: Lucky $2 Bill, Part I

Jeff graduated from Illinois College, a small liberal arts school, with a degree in Spanish and Religion. He lives in Nashville, TN. He works for Adventures in Missions, edits this silly little magazine, and loves to do new things. He is getting married in January 2008.