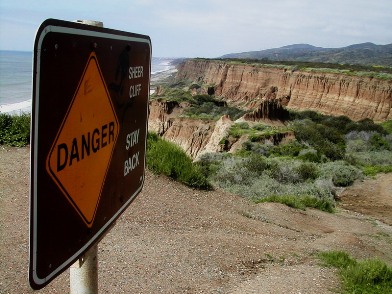 In our young minds, the mile-long path down the cliffs between the campsite and the shore was much too far to walk. There had to be a quicker way, so my brother and I set out to find it.

In truth, it would have taken less than twenty minutes to hike the trail, but thirty minutes after wandering off into the bush, our thoughts had wandered off of our original mission of finding a shortcut to the beach, and we were fully engaged in the new adventure of exploring the sea bluffs of coastal Orange County, California.

Growing up while watching kids in G.I. Joe commercials push their toy tanks through the massive craters and monolithic dirt piles of their television studio backyards had left my brother and I feeling a little inadequate about our own more ordinary outdoor play space. Suffice it to say, we were having the carefree time of our relatively young lives traipsing around in the valleys of erosion lining the top edge of the majestic bluffs.

The story of exactly how I found myself dangling by my fingertips from a ledge some thirty-five feet above the hard-packed dirt and rock base of the cliff is one of those mysteries lost to the memories of boyhood. Im sure the series of events which led to that situation made perfect sense to us at the time, but the fog of responsible adulthood has overtaken and clouded the particulars.

Yet, I do remember the dangling. And while my twelve year-old brother frantically searched for a means by which he could safely extract me from my predicament, I remember my arms getting tired. I remember the ledge starting to crumble. And, as the reality of discomfort began to distort and obscure the consequences of gravity in my mind, I distinctly remember making the decision to let go.

I had landed on my back at the rocky foot of the cliff; the surface of a round boulder which protruded a few inches through the packed dirt serving as a pillow to cushion my head when I hit the ground. I dont remember much about the next few minutes as a hiker summoned some beachgoers who transferred me to a surfboard and carried me up the trail to the top of the bluffs.

These were the days before cell phones or the proliferation of 9-1-1, but it seems to me that the paramedics were already at the top of the cliff by the time we arrived there. My brother had charged back into the brush towards the campsite to find our parents. An ambulance was bouncing up the dirt road towards us. I remember being most concerned about the fact that the paramedics were cutting my favorite shirt off of me. 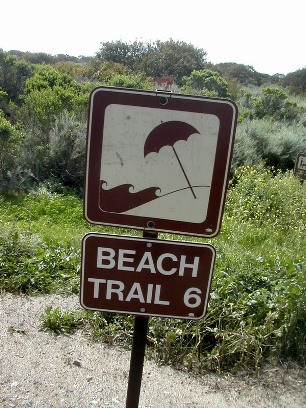 An ambulance was not an expedient enough conveyance, and the bumpy dirt road presented the added risk of compounding the multiple fractures I was sure to have. A helicopter had already been dispatched. It was landing as my parents ran up to the scene. In one of the cruelest bits of misapplied imagery ever, Im told the paramedics pulled a white sheet over my head as my parents approached in an effort to keep the dust kicked up by the rotors out of my eyes. I think my mom needed as much medical attention as I did at that moment.

I remember waking up on a gurney in what seemed like a hallway, with tubes running into my nose and arm. Things were beeping. There were stitches in my head. Someone wearing scrubs stuck a needle into one of the tubes. I slept again. I dont know what else happened. At some point, a doctor had apparently told my parents that I would most likely be quadriplegic if I survived. The X-rays taken by the hospital revealed not one broken bone. Not a single one.

A few days later, I joined my family for one last look out over the ocean from a vantage point near where the helicopter had picked me up. That original diagnosis has always stuck in my mind as something significant. I dont think it was unrealistic. I shouldnt have come away from that accident in the condition I did a fact of which Ive tried not to lose sight. I dont claim to have been healed of those terrible wounds. I believe I was protected from ever sustaining them in the first place. In the nearly twenty-five years since that day, Ive given quite a bit of thought as to why.

There is a great myth perpetuated among humankind that each of our lives is centered on some singular great purpose. Many of us spend our lives in search of that defining moment: the act, experience or time that will leave us resolved that this was what I was made to do. In our quest to find and devote ourselves to that one great thing, we miss the purpose and joy of real life along the way.

If I bought into that myth, I might be inclined to wonder if that thing already happened for me and I missed it. Maybe it was in college or at some former job, or in something that happened in Malaysia or Lebanon; or, maybe it was in giving that shoeless guy a ride home a couple of years ago. Maybe it was all of that and more.

I think a lot of us spend so much of our time and energy preparing for where we might end up that we have little left to spend on where we actually are. Were afraid that exploring the edge of life will leave us unprepared for the next big thing, and so we stick to the safe path that we think will lead us somewhere productive. But when we stay away from the edge, we miss the beauty of the ocean view.

Jesus knew it would be our tendency to be preoccupied with our future, and He shared His thoughts on the better way to live when He said that our heavenly Father knows our every need (see Matthew 6:25-34.) His alternative instructions are:

Give your entire attention to what God is doing right now, and dont get worked up about what may or may not happen tomorrow. God will help you deal with whatever hard things come up when the time comes. (v.34, The Message) 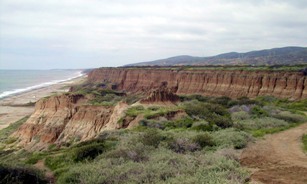 Im not really convinced that my purpose in life will ever manifest itself in some great accomplishment. I believe that I was spared on that day in August of 1982, not because there was some singular work left to be done in my life, but because there were other edges left for me to explore.

I find my purpose in life along the way, and when my story ends, I think the notable content will be found in the places where I gave my attention to what God was doing in the moment, and took the risk of exploring the edge.

Chris Reed enjoys walking with people who are being formed in the image of Christ, and, hopefully, being such a person himself. He currently marvels at the way those two sides of spiritual formation play themselves out as he manages music missions teams for CTI Music Ministries.