About six months ago, I moved to Nashville. I spent all of my savings on a 1990 Buick Century. To make ends meet, I had to get rid of some things. I sold my coin collection. I collected old money for most of my youth, so it was a little disappointing when someone offered me only $35 for my whole set. Nonetheless, I was eager to get rid of some stuff and start living more simply.

I kept a $2 bill for sentimental reasons. Ever since then, Ive carried it around in my wallet, and even in desperate situations (i.e. wanting an extra bagel at Panera), Ive kept the bill as a small trinket to remember a past hobby. Most are worth more than two dollars anyway.

I drove past the park, and my heart jumped a little bit. Was this fear? The beats in my chest increased as I saw all kinds of human shapes camped out on benches, in the grass, and huddle in groups. Nashvilles homeless my brothers and sisters. No, not fear adrenaline. 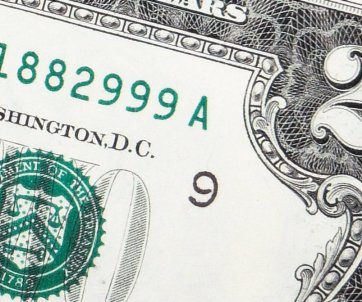 Two bags full of hotdogs, bratwursts, and buns hung from my arms, while I carried a small charcoal grill and some other tools to a nearby park bench. I started setting up immediately; there was already a group of ten dispersed throughout the park.

Are you grilling out? one of the men asked me.

You got some friends coming? a woman asked me.

Nope, I said simply. They looked at me, dumbfounded, as I pulled out package after package of meat, covering the surface of the grill with at least twenty hotdogs, brats, and cheddarwursts.

So, are we invited to the picnic? another more boisterous man joked with me, laughing with his friends.

Yes, I said, rather stoically. Again, they just looked at me.

Yet another man stood up and started walking towards me. He was a skinny African-American probably in his forties, if I had to guess. I would later learn that his name was Bobby. Are you telling me that you came all the way here just to fix us lunch?

Well, do you like hotdogs? I asked, and they all nodded. Then, yeah. And so it began. Bobby talked to me while I cooked the meat, telling me that he was originally from Florida and how life on the streets was sometimes hard, but for the most part, pretty good.

I met another guy who wore a straw hat and looked a little like Willie Nelson. His name was Phil, and he played music in bars each night, making enough money to fill his stomach and have a beer or two. Maybe he was Willie Nelson.

More and more people poured into the park: many homeless, some friends of theirs who had gotten off the streets, and others who just wanted a hotdog. It lasted a little over an hour this collision of lives that resulted in all kinds of stories. Pretty soon, the groups started to get on with their days, and I began to clean up. Bobby helped me with the garbage and gave me a big hug. I said that wed see each other again. All of the food, water, chips, and cookies that I brought eventually disappeared.

I sighed with contentment. I felt free. I had been cooped up in my home office all week doing ministry working with charitable causes, but not experiencing mercy first-hand. I needed this to go out into the community and experience the life one feels when he puts aside his own interests for the less-privileged.

Theres more to compassion than charity, and theres more to poverty than lifestyle choices. I met a woman and her husband, and they told me about the baby that they were expecting. I couldnt imagine raising a child on the streets. Part of me was angry at them for not making better choices, and maybe justifiably so. But part of me was angry with myself, with the church for allowing such tragedy to occur.

Wherever we fit on this spectrum, we have to agree that something is broken, and I am part of the solution. Whatever you loose on earth will be loosed in heaven. I am beginning to understand what Jesus meant when he said that you will always have the poor. Not that poverty cant end, but that the poor should always be among you the church since Jesus spent much of his time with the poor since Jesus himself was poor.

Theres vitality to a life that makes room for the needy and the destitute, and I want more of it. As Bono says, This is not a burden; it is an adventure.

Whatever happened to that $2 bill? Well, that’s another story. Check back next week for the conclusion to the story.

If you liked this story, check out:

Jeff lives in Nashville and swears that Willie Nelson lives under a bridge near the river. He loves homeless people and pez candy.