How do you process something like that? Paul asked, not really wanting an answer. He didnt get one. I stared out the window, feeling helpless. So many questions loomed in my mind – what is love, and how do I show it to someone with a physical need that I cant meet? And what happens when I meet their physical need and no compassion is present? I was still making sense of what I had just seen on the streets of Nashville. 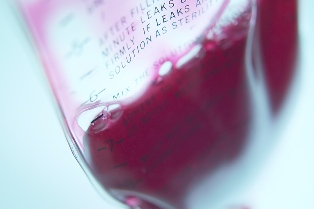 Detached. Thats how I felt when I looked at a homeless man with a busted nose, and he asked me for help. At first, I pretended that I didnt hear him. Then I justified why it was not wise to help him. Thats not even why we came down here, I thought. I had done my good deed for the day.

Paul and I met James that night no more than thirty minutes after he had his nose broken in a fight where another guy head-butted him in the face. In his words, That just aint right. There were pools of blood all over the place that served as signposts marking where James had been. Every once in awhile, the blood would stop flowing, and then he would sneeze up a clot.

We helped him get up to the surface and told him to stay put. We took off to find a police officer or ambulance, whichever came first. As fate would have it, we ran into Jimbowhom we had met the other week and for whom I had brought a new pair of work boots.

He was suffering from some heart problems. He explained that he had open-heart surgery awhile back, and that his heart was acting up again. He could barely walk, and it was obvious that he was more than just inebriated. He asked us to call 911. We told him to stay with James, and we quickened our steps… but to what?

I had no idea where we were going or what we would do once we got there. I was scared and still distancing myself emotionally from the whole situation. There was a coldness to my heart that was being shaken. On top of that, I was embarrassed about how little of the city geography I knew.

We prayed loudly and desperately that God would show us the way. Our spoiled suburban mindsets were telling us not to go too far for a couple off homeless bums who werent entitled to the benefits of the health care system. We turned a corner and almost ran into an ambulance. It was parked right outside of a fire department, but we couldnt find any way to get in. I saw a cop car parked on the side of the street up another block. We hurried up that way, found no police officer, but instead came upon a security officer who was writing a parking ticket for an illegally-parked vehicle. We told him the situation, and he gave us a number to call.

We headed back, still on “hold” with the non-emergency number. By the time we connected, we could almost see the guys waiting for us where we told them to stay. To be honest, I was a little surprised that they had listened. They must have really needed the help. During the time that we had been gone (probably close to thirty minutes), James had stopped bleeding and then started again. He kept cussing and saying how he was going to kill the guy that did that to him.

Jimbo kept going on about his new boots, which he absolutely loved. Even in this bleak circumstance, I had to smile. Minutes later, a fire truck arrived. Somewhat skeptically, I was sure that it was not for our friends. We hailed it down, and sure enough, they stopped and went to work. They loaded up James on a stretcher, who kept coughing and sneezing up blood once he was on his back. The paramedic told him, Dont talk; I dont want you to spit blood in my face.

I understood the logic of this and just the general safety of taking such precautions, but I noticed that several people around James had all backed up with a look of fear and apprehension in their eyes as this man from the street spit possibly all kinds of contagions out of his mouth. We who were clean backed away from this dirty manall except one. It was the woman who was with him when we found him under the walkway. She used her sleeve to wipe the blood off of his face, held his hand as they strapped him in, and asked if she could go with him. Her compassion shamed me, because I am still afraid of these people. I still think I am better than them.

Jesus loved the poor not by just condescendingly “meeting people where they’re at” but by actually becoming poor. This is the ministry of Christ, the God-man who didn’t consider himself equal with God but took on the nature of a servant. He joined humanity in its struggles and pain and showed us a way out. He didn’t fake it; it wasn’t an act. He was truly flesh and blood; he hungered, he thirsted, he wept, he ached, and he died. He loved the homeless by being homeless. He, although sinless, became sin for us, so that we could inherit his righteousness. He took away what we couldn’t take away and gave us what we couldn’t earn.

I think that we in America want to understand the secret to his ministry, but we are afraid of the cost. We go on mission trips, and yet, his life was missions. We give away our old scraps of clothing that we don’t want any more, and he gave perfection to the imperfect, completely unclothing himself for the sake of others.

What happens when the divide between the rich and the poor, between the decent and the indecent, between “us” and “them” falls down for the sake of compassion, and we are just the same broken people as those to whom we are trying to minister? What happens when we truly identify with the poor? What, then, do we have to offer them? I believe that at that point, we will only be as strong as our love.

And then I remember that the word “compassion” literally means to “suffer with.” I’m struck with the frightening realization that we don’t want to minister as Jesus did. It’s just plain hard.