This past summer I got the opportunity to be a counselor at this cool thing called “Summer Serve.” It’s basically a church camp remix. During the day, you do outreaches around the community. You still eat camp food, play camp games and have worship, etc. But from 10 am to 3 pm, you’re going all different places.

Kayla and I were in charge of the Social Ministry. This is the story of one of the outreaches. 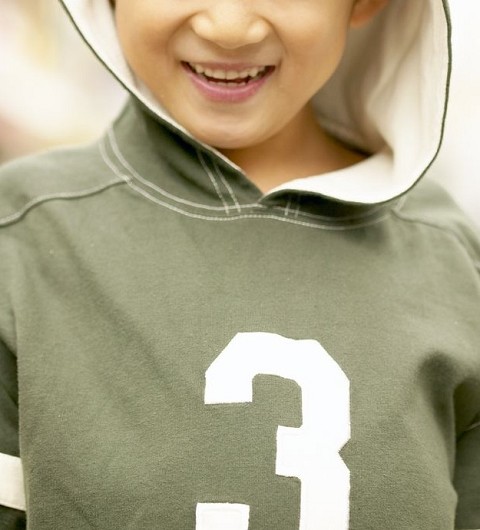 It was the final day of outreaches and needless to say everyone was pretty exhausted. I was still eager to visit the hospital though. The day before another group had gone and told us all about this great little girl named Haley. They said she was adorable and had the cutest smile but never talked. They got so much joy hanging out with her even if it was wordless.

As soon as we arrived a lady says she’ll take a group to see a little girl named Haley. I automatically got excited to see the little girl everyone had raved about the night before. So a group of 4 of us head to her room.

She didn’t like sitting in the bed, so the lady in the room carefully put her in her little chair, making sure all her tubes and other things connected to her didn’t get tangled. She sat there, just as expected, with a huge grin on her face.

As soon as she was settled we started making bracelets with her, reading to her, etc. As Hannah was helping her make a bracelet I began talking to the woman in the room with her. I pointed out a bear that was obviously homemade as it’s eye was hanging on by a thread and said “I really like this.” She explained that it was made by a lady at Haley’s church, and then lifted the shirt up and pointed to a silver heart with the name “Kristina” carved into it. She said, “That was Haley’s momma’s name. She died 2 months ago.”

Immediately my heart broke, not only was this child in the hospital, she had just lost her mother, who was only 25 years old. Haley’s Mammaw told us that the young mom had died of cancer.

As we started talking more she explained what had happened to Haley. She was in a 4-wheeler accident. It flipped backwards with her, her brother , and her grandfather in it, crushing her. She lost 40% of her liver and her brother had a minor head injury. Yet, with all this heartache in her life, she smiled on.

Finally, her Mammaw explained that Haley had been in the hospital for over two weeks now and still had not spoken a word to anyone but her – not one doctor, one nurse, nor any visitor. She was silent. Always.

After speaking to her for awhile, we all gathered around Haley talking to her. We asked her tons of questions and she would just smile and her mammaw would answer doing the stereotypical “Now Haley, tell them…[insert answer here].”

We had been hanging out for about 25 minutes at this point and finally we asked “What’s your brother’s name?” and just as her Mammaw was about to answer we heard the cutest little voice say,

Immediately our mouths opened and we leaned closer saying “Evan?!?! oh cool, Evan’s a great name, blah blah blah.” And that’s when it began. Evan was the first word of millions. Haley would not stop talking! She just chatted away about her bike, her brother, the tricks she does on her trampoline, etc. She wanted to tell us everything.

And as she was chattering away, I couldn’t help but glance over at her tired Mammaw and see her wipe a tear from her eye. In that moment I started to understand, not just the joy we brought to Haley, but how incredible it made her grandmother feel that we were distracting her, at least for a moment, from all her contraptions hooked to her and the fact that her mother is gone and the fact that her dad has to work and he can’t stay with her. That moment was my favorite of the week.

Our hour of time had flown by, and when it was time to receive our fragile little goodbye hugs I couldn’t help but hold back the tears thinking…This little girl, in her Hannah Montana pajama bottoms, has no idea how much inspiration she has given me.

If you liked this article, check out: All in a Day’s Work

Kati is a Sophomore at Marshall University in Huntington, WV who is hungry for a change. She is eagerly counting down the days until this summer when she will spend 2 months in Swaziland with Adventures in Missions, but until then, just living and loving in His name.