Ive noticed something after being part of a church for a few years.

It will best be explained by reminiscing. (Cue cheesy synth pop song and bright colors indicating the 80s. Maybe a bit of blur implying the following is a flashback which of course it is.) 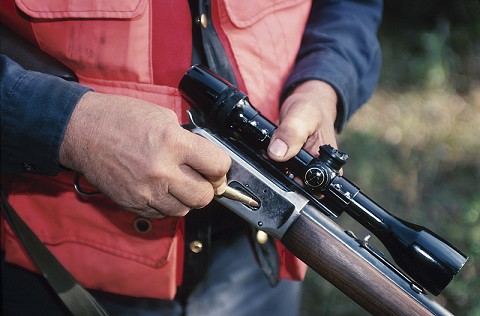 When I was an adolescent, I didnt keep romantic relationships together very well. I went from girl friend to girl friend.

It wasnt a sex thing. But it was about the thrill of the hunt.

I was quite addicted to finding out if somebody would be interested in me. And once I figured that out, I pretty much just got bored. Something would come up, because something always does. And this little voice in the back of my head would say You know, there are other girls out there

Or just as often the reverse would happen. Somebody would grow bored with me. Theyd dump me before I could dump them. Wed move in to new relationships.

Its fairly pathetic, all things considered.

Because, when things got uncomfortable, I just moved along.

When I worship on Sundays, sometimes this makes it difficult. As it probably should. Its un-biblical and wrong to just let these hurts fester. I ought to let go of them or do something about them. But Ill be trying to just be with God during a song, or try to really let the message penetrate and then that old annoyance, hurt, betrayal, whatever, its staring me in the face. Perhaps Ill see the person, perhaps Ill look at the doorway to a room where I was hurt

And there is this little, stupid voice that says, You know, there are other churches.

Now, please know that I am 100% committed to the church I am at. Stupid voices observe lots of things that Ill never act on. But I watch people leave. Sometimes for good reasons. Sometimes for bad reasons. Usually, for a mix of the two.

And Im learning that if we dont find some community to commit to, we stunt our growth. If we just move on instead of working out our problems, if we just go somewhere else thinking that next place will be perfect, we rob ourselves of all sorts of opportunities. And we rob others, too.

Ive never been hunting, but I suspect that a real hunter would challenge that phrase, the thrill of the hunt or at least, a hunter would recognize that the adrenaline-heavy, thrilling part is only a tiny fraction of the total time involved. Hunters spend hours preparing gear. More hours getting to the location. They traipse through the woods for days. Or they climb up in a tree and stand in it for hours on end.

Eventually they get the animals in their sights. Id imagine thats a rush. But how long is it? Seconds? Minutes?

There are other rewards in this: hunting,staying married, maintaining commitment to a church. They take more wisdom and discernment. They require skills that many of us lack. But they are no less rewarding.

Jeff is attempting to follow Jesus’ revolutionary call on his life as a father of three, a husband, Special Education Teacher, and Director of Small Groups at Fellowship Church in Holden, Massachusetts. He frequently tells his kids–much to their great annoyance– that he’d like to be a fireman when he grows up.