I don’t particularly care for Christian pop music. While tremendous strides have been made in the past 10 years to make Christian art much more relevant and excellent, I still find much of it to be rote and cliche. Not only does it seem that many Christian music groups borrow creativity from the secular recording industry (in many cases, these are blatant rip-offs), but they have even inherited the ego and hunger for stardom that accompanies many of their peers. 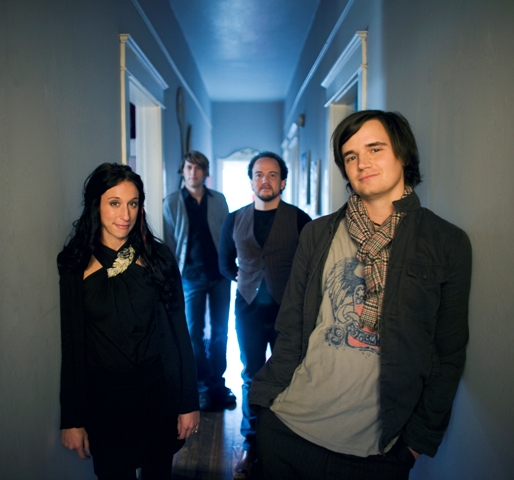 That’s why when a band like 1000 Generations comes along, it’s a breath of fresh air. With Christian music moving more and more towards becoming a facsimile of mainstream music (complete with ridiculous style sense and bravado), it’s refreshing to find a band who considers their music not only an art and a job, but also a ministry.

Last year, after a day filled with laborious interviews, clever faith-based cliches, and all the Christian subculture “fluff”, I was ready to call it a day. Waiting in the lobby of the Nashville Convention Center for my final interview, my exhaustion gave way to frustration. I was tired. I even considered bailing on my last interview .But then, Steven, Amanda, Lorin, and Alain showed up.

We did the typical question-and-answer deal that’s pretty much obligatory for this sort of meeting, but then they did something different. They began asking me questions — about my job, my personal life, how I was adjusting to marriage, and so on. What impressed me most about 1000 Generations was that they not only listened to what I had to say, but they actually cared. They nodded with empathy, smiled when I cracked a joke, and winced when I told them about something painful in my past. They prayed for me as our interview came to a close and sent me a handwritten “thank-you” note a week later. While bands like these are not completely unheard of in Christian music, they certainly seem to be the exception to the rule lately.

The name 1000 Generations comes from the group’s desire to fulfill a promise that God makes in Deuteronomy 5:10: “showing love to a thousand generations of those who love me and keep my commandments.” Face it: you have to love this band, if for no other reason than quoting a verse from Deuteronomy. That takes guts. (At least it wasn’t Leviticus.) 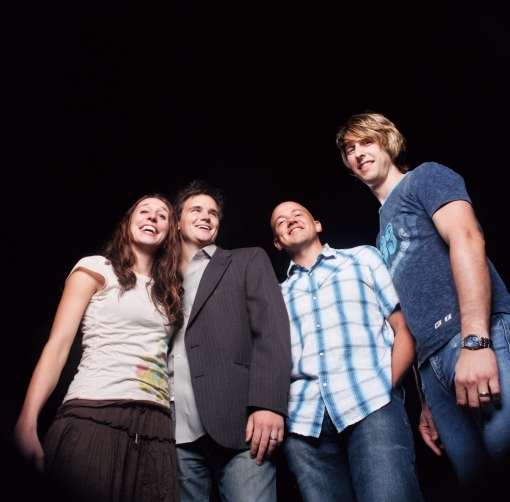 Getting started with a Casio keyboard when he was 8, Steven has an interesting musical background, touring with the likes of Livingston Taylor (James Taylor’s brother) and pursuing a mainstream musical career that was essentially ruined when he came to know Christ. “My life’s forever changed. Everything that I had planned… it all got totally wrecked, and it’s been amazing.”

During our interview, Steven and Amanda shared how they started the band as a married couple and began to see the need to grow and take their ministry on the road. Initially, 1000 Generations was just the two of them, but after writing and recording their first album, they quickly realized that they couldn’t replicate their sound live.

They added Lorin and Alain to the band and began touring, taking their responsibility as both musicians and ministers seriously. “The truth of it is that our whole purpose is to connect with other people… We feel way more comfortable praying for people than being interviewed.”

1000 Generations reads every email, answers every comment, and loves to connect with their fans and future fans in a variety of personal ways. It’s not surprising that a band like this would write a song called, “How Big Small Can Be,” which was a title that immediately caught my attention when I first listened to their recent album release Turn Off the Lesser Lights.

“I’ve been a part of a lot of calls to social justice where I see really daunting statistics given,” Amanda shared. “We can feel like our efforts are going to be completely useless. And a lot of times we’re paralyzed as a result, because we know we can’t change everything, so we don’t do anything. ‘How Big Small Can Be’ talks just about that. If everybody just did something, those seemingly small efforts would be so huge in God’s kingdom.”

This vision is what drives 1000 Generations and is evident when you meet them. In addition to each person sponsoring a child and advocating for the usual slew of nonprofit organizations, they are truly making a big difference through small, meaningful acts that show that they care far more for people than for fame.

And that’s what was so refreshing about them.

I was so inspired by 1000 Generations and the idea of “How Big Small Can Be” that I wrote another article about social justice issues and the impact of small efforts to change the world. You can read it here.

For a taste of their music, here’s a music video of their single “Fail Us Not”:

Share Your Story of Brokenness and Hope at Failusnot.com.

Listen to 1000 Generations on Myspace