Jason Gray is a singer and songwriter. We recently met Jason and had a conversation with him about brokenness in the Church.

Throughout the interview, he shared some thoughts on life, personal weakness, and social issues. Though a profound thinker, the most impacting aspect of his character when we met him was his humility and his calling believers to humble faith.

“We enjoy criticizing things, because it makes us feel superior,” he says. He sees that many young people are frustrated with the Church but also notes that at the root of much criticism is ego. Jason believes in the mission of Wrecked and is glad to see twenty-somethings who are “engaging in a conversation that matters.”

Jason Gray was raised in a small town in Minnesota. He grew up with a lot of emotional scars, the largest being his speech handicap. Jason’s genetic stuttering lay dormant for the first part of his life, waiting for a traumatic event to trigger it. That was the divorce of his parents.

Following an unpleasant battle for custody, his mother’s next husband was abusive. Jason grew up on the road with his mom’s bar band, which meant an early exposure to music. Perhaps it was the stress of the custody battle or the difficulties of being a mother on the road that led her to Christ. At any rate, when Jason was in fourth grade his mother went from singing in bars to singing at revivals.

Concerning his introverted youth, Jason remembers spending hours hiding out in his room, listening to music. Surrounded by chaos, it was his lifeline, what he calls a “very close companion.” He knew that it was his vocation before he even knew what the word “vocation” meant. “Music was one of the few ways I could communicate fluently,” he says, referring to his handicap. 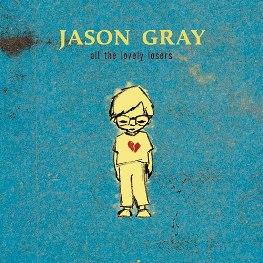 Jason just recently released a new album called All the Lovely Losers, which is the first line from the track called “Blessed Be.” The song is a modern-day rendition of the Beatitudes, which Jason aptly calls “a list of losers.” The chorus of the song goes:

In response to what the songs means both personally and culturally, Jason says, “We live in a culture in America which is based on the ideologies of the survival of the fittest, where only the strong survive, and where we have to be beautiful and important. Even as believers, we are tempted to believe that what Jesus wants of us is to be some kind of a ‘John Wayne’ kind of Christian – strong, competent and put together.”

He explains that this ideology contrasts with the kind of person that Jesus finds commendable: someone who is poor in spirit, meek, and thirsts for a righteousness beyond his own.

He talks about the worst kids being picked last for a game at school and that the “wonderful thing” is that those people are chosen first in the kingdom of God. Jason expresses his gratitude that God desires to use “losers” in his kingdom, because that means there is room for him.

Jason calls this use of foolish and weak things by God a “scandalous concept in our bravado-oriented culture.” Even in the church, true weakness can be somewhat radical. Yet if we always operate out of our strength and competence, Jason says we always know what we’re going to get. Weakness is an essential part of his testimony. “The fact that I can hardly speak and am up on a stage every week is absurd,” he says, ironically. He discovered, however, that is what people actually like about him. It is a safe place for others.

Regarding the coming of the kingdom, Jason says that he is daily praying for revival in the Church and in himself. “Familiarity breeds contempt, you know?” he says, recalling the story of Jesus not being accepted in his hometown. “The longer I am a believer, and the longer I walk with Jesus, the more in danger I am of having that familiarity with him breed contempt.” As one gets older, disappointment and lowered expectations almost come naturally, and it requires diligence to hold onto the miraculous. “It hurts to hope,” he says. 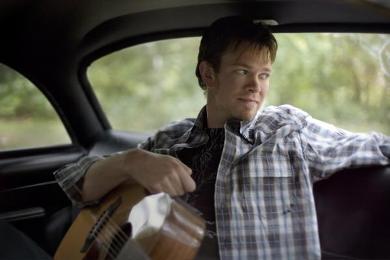 Jason’s definition of revival doesn’t necessarily mean people jumping out of their church pews. “True revival manifests itself in the way the kingdom works in us and through us,” he says, which means personal transformation along with a greater awareness of social issues. Again, his humility shows in his warning in how we should treat such issues.

“One of the dangers I see in the church and in my own life and in the way that we pursue revival or social justice is that sometimes I think that we are motivated to go after a lot of these things – good things – because of the identity it gives us.”

Though he recognizes that we are all intentionally created to play a role in this world, he cautions young people in the Church who are passionate to not seek a cause because of how it makes them feel about themselves: “I meet people who serve the poor, and they do it because of the sense of the identity it gives them. The people who do it the best, though, are the people who[se] identity doesn’t matter. It doesn’t matter who they are; it matters who God is.”

Jeff Goins is editor-in-chief of Wrecked.