I often picture Christianity like I picture the Sopranos, separate families working exclusively for the betterment of themselves and no one else. These “families” attempt to have their hands in every pocket, and even train soldiers, enforcers and capos for the purpose of more efficiently accomplishing these objectives, advancing the cause with the precision of a bullet. 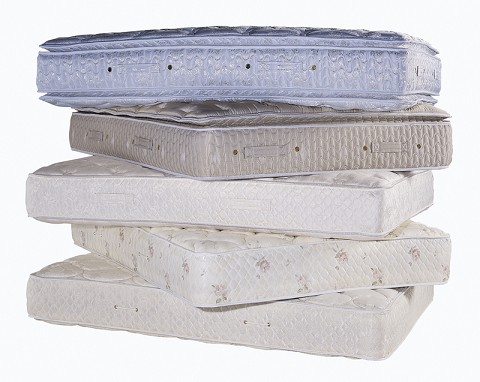 Sometimes, I wonder which prominent evangelist I would liken to Tony Soprano, Pauly Walnuts, Chris, Adriana, and even Johnny Sack. The thing that scares me though is, in earnest, I would rather be a part of Tony’s family than most of the families within the church. Isn’t there something wrong with that?

Why is it that the church is so unattractive to the outside world? The fundamentalist will say it’s because the world will hate those that love God, or that the world doesn’t want to be accountable to anything but itself. I can agree with this to an extent. But the principles my faith teaches are universal truths that people are universally searching for. Love. Peace. Freedom. Relationships. Family. Contentment. These are the truths the church represents, so why are people not overrunning churches across the world? Have we exposed the world to these truths within the lives and examples of our Christians?

Where have we gone wrong? I believe that “modern” fundamentalism has taken the spirituality out of the Bible, and out of God. The emergent church on the other hand has gone to the opposite extreme and has over-spiritualized everything within the Christian faith, most of the time to the neglect of the literal Bible. The key then is balance. We are not supposed to be in a war with our brothers and sisters, we are supposed to be at war with the enemy. The enemy is not people, it’s the darkness of Satan and sin. If we focus on each others’ actions we are not looking at Christ, and that is where the modern churches within Christianity seemed to have gotten it all wrong.

For almost two decades I lived as a hyper-conservative, fundamentalist. Judging others was like breathing to me, and I was just as wrought with sin as the people I pointed fingers at. Then I escaped, and ran as fast as my pudgy little legs could take me, but it just so happened that I ran to the opposite extreme. I spent four years singing the same song to a different tune, hating fundamentalists and over spiritualizing everything.

Then an atheist friend woke me up to the truth. He asked why hate was even in my vocabulary when I claimed to serve an all loving God. It was then I realized that God can use anyone to teach us truth because He is bigger, even, than our choice of whether or not to follow Him.

My focus had been in a mindset of war for so long, I hadn’t even been able to see how it was effecting me. I began weeping, and praying, and it was in that prayer that my eyes were opened to a new existence, an existence where God made himself one with man, through Jesus, and we have access to the Spirit, who mediates the love of our Father to us, instead of shoveling down his wrath. This was the big picture. Balance.

We are all created in God’s image, all mini-gods with eternal spirits, uniquely possessing an aspect of God. And all of us are one, spiritually speaking we come from the same Father and are all going to live forever. That is why I believe we can emulate Jesus more in our daily lives, irrespective of superfluous Christian religious traditions, that fundamentalists have placed too much significance upon. We can do that by relational truth giving, as opposed to the hardcore evangelism of our parents’ and grandparents’ generations, and this new way of doing things has started a grassroots movement within the church.

Love everyone and treat them as a brother. If you have to fight, do so in humility. Jesus changed the world, follow his example. Show just as much love to other Christians, fundamental and like-minded alike, and unite with them for the greater purpose. Serve everyone with what you have been given. We are the church, and we don’t need a steeple for people to be able to recognize the God in us. And there should never be an instance where we would rather serve Tony Soprano’s family than the family we have around us in our faith.

If you liked this article, check out: MEGA Church: Is This Trend Hurting the Church as a Whole?

Timothy lives in Nashville, TN, and is currently working on a book called, “The Day I Killed Jesus: Confessions of a Recovering Fundamentalist” where he goes much more in depth on this topic. He blogs at The Evolution of God .