The church is a complicated mess these days – full of people claiming all kinds of bizarre things about their version of truth and what God has shown them. So, I just want to say that I believe in the local church, that I attend one and really love the fellowship I find there, that I need each person and love to feel needed by them. 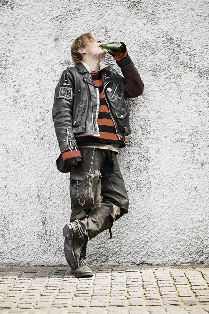 It’s great to do life with fellow brothers and sisters of the faith, but every once in awhile I get a thought about a different way of doing church. I think that in some cases how we do this in America is pretty good, but in other cases, it wouldn’t hurt to wipe the slate clean and start all over. I have more questions than answers at this point, and I’m trying to trust my intuition on this one, while being ready to receive correction from others who know much more about the subject than I do. With that said, I invite you to criticize and correct away.

I will never forget the time when I met Peter Lord at a Cracker Barrel in Titusville, Florida. He told me that most churches taught information when they needed to be teaching formation. He saw that the greatest neglect in American churches was discipleship. In his latter years of life, he’s retired from preaching and spends several hours a week mentoring a few men and counseling some couples. He regretted wasting so much time in front of a pulpit and says that organized church “could be worse.”

Where are all the real pastors? Either we have insecure, micro-managing control freaks who are afraid to let a guest speaker in front of his pulpit without a thorough doctrine quiz, or we have cuddly but timid teddy bears who want to talk about our feelings but don’t know how to cast out a demon. Am I too radical in saying that I want a pastor like Jesus? Isn’t the thought of that at least a little intriguing? I mean, what would that really look like? Does it look like church in America, or is it time to clean house?

I want a counter-cultural pastor who scorns church programs to pray for hours. I want someone who is not nice, but is full of love. I want a counselor who doesn’t give me a neat, color-coded model for sanctification or a chart on “how to be righteous” but can be honest with me, sharing his own struggles and triumphs. I want a friend who is still figuring out his theology and is enjoying the ride, someone who knows that he’s a son of God but still cries out, “Father, why have you forsaken me?”

I want a radical. I want some guy who gets angry and turns over some tables, who laughs and drinks wine with you, who throws mud in your face, who invites you out for a stroll on the lake (the water’s fine). As a friend once said, I want a guy with a tattoo on his leg that says, “King of kings and Lord of lords.” These days, he’d probably ride a Harley and be a bit rough around the edges. Mostly, I just want a leader who will step down from the altar, take off the priestly garments, and show me how to do this thing called life.

Somehow, I just don’t see Jesus using sermon illustrations. He wouldn’t need them – examples from books, movies, and other people – he’d actually be living what he’s teaching. That’s why when Pontius Pilate asked him, “What is truth?” he didn’t respond with, “Well, Max Lucado says…” He had no answer. How could he? He was truth. All he could do was just stand there.

No, I don’t see Jesus borrowing from other rabbis to prove his point. I see him sermonizing like this: “Remember when I healed that guy who was paralyzed? Well, that’s what real restoration looks like”; “Remember when I cursed that fig tree? Well, that’s you if you don’t watch out, buddy”; and “Remember when that girl washed my feet with her hair? That’s the kind of servants I want.”

Now, I know that Jesus made use of the scriptures, bringing out examples from the Old Testament for teaching purposes, and even used examples from everyday life to prove his point, but what he was teaching was real. It wasn’t academic; it wasn’t intellectual. It was real, pragmatic, do-able. Is the stuff that we teach in church actually do-able, or does it just tickle our ears? And if it is do-able, then who’s doing it? The preacher?

Maybe Jesus would resemble a biker more than a pastor these days. Maybe he’d talk about forgiving that guy who knifed his friend last week, or he’d be pulling over to get some gas for a total stranger on the side of the road while discussing “who is my neighbor.” He’d teach and show. His sermons would be his life. There’s something about a great, real-life story that activates me. I can read all the self-help books I want and do nothing about it, because all I learn are concepts, check-lists, and ten steps to my best life now.

Stories really do something to me – maybe it’s because I’ve heard so many theodicies and philosophical explanations that now I really want to give some of this stuff a shot. Everyday stories challenge the hypocrite in me and awaken the activist. A good story teaches me more than a program, checklist, or self-help book ever could. It teaches me that faith is real and can only be experienced through works.

Maybe there is more to Christianity than endless arguments about worship styles and forms of baptism. Maybe Jesus’ kingdom looks more like AA than the country club. Maybe all of this is messier than we’d like to admit. Maybe that’s why Jesus used stories instead of powerpoints.

And maybe that’s the beauty of it.

Jeff graduated from Illinois College, a small liberal arts school, with a degree in Spanish and Religion. He lives in Nashville, TN. He works for Adventures in Missions, edits this silly little magazine, and loves to do new things.