Chris Heuertz, the International Director of Word Made Flesh says often, “Simplicity for simplicity’s sake is legalism” and it has been a process for me to digest this statement.

Theologically, I don’t feel as solid as I do with other things. When people want to talk theology, I tend to back down a little. So, I took the word “legalism” and plugged it into various sites in which I could get a solid definition I could work with, and to somehow crunch out something that made sense. 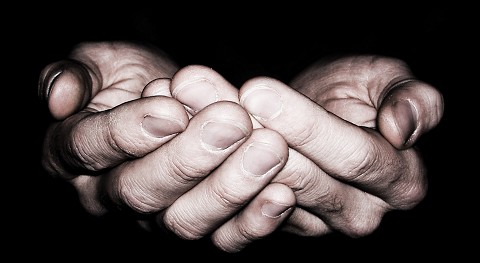 I found legalism’ in a section of Christian theology and took a deep breath. It wasn’t nearly as intimidating as I made it out to be, and I do have a better understanding of its terms when paired with Simplicity.

“Simplicity for simplicity’s sake is legalism.”

I came up with this definition for legalism in terms of Christian theology:
” An allegation of misguided rigor, pride, superficiality, the neglect of mercy, and ignorance of the grace of God or emphasizing the letter of law over the spirit.”

If we seek out simplicity for the sake of being simple, then it is defeating the purpose and emphasis of it in our spiritual brokenness and our Communion with God.

I struggle with the fact that we have a choice to live simple. We have progressed and acquired so many things in our lives that we must fight for our spiritual simplicity. We get rid of Facebook and even our cars to find that simplicity, but that doesn’t matter if our Communion with God has not changed.

If we turn simplicity into something that is popular, it is defeating the purpose of its humility.
Word Made Flesh has what they call, “Lifestyle Celebrations”. Simplicity is one of these celebrations, and states the following: We celebrate simplicity as our privilege in identification with Jesus and the poor.

Simplicity is a privilege. It is how we create Communion with Jesus and with the poor.

It is how we identify with Christ and the poor.

We have to be careful. Being proud of simplicity can often be a bit more damaging in our hearts than I feel we tend to imagine. I feel as though there may be a line separating living poor, and living simple. As our friend Shane Claiborne says, “Simplicity is in relation to your neighbor. If your neighbor has four cars, than you think having two cars is living simple.”

This is tough for me. It is this pride of simplicity that is damaging, especially to my heart. It is worthless to be proud of your own poverty as well as simplicity.

In the words of our other dear friend, the late Rich Mullins, “Being proud of your poverty is the same as being proud of your wealth.” As this radical Jesus movement makes its way across the eyes and ears of the younger generations and my own, we have to be so careful to not turn this into a product. We have a tendency of doing that. We take something rich in depth and turn it into a formula for success whether with people or financial security. It’s sort of like social networking the way socializing used to be, and the way it is now with Facebook and Myspace.

Dear brothers and sisters, let us find the simplicity of our hearts. Let us seek Communion with God and may we see it as a privilege to identify ourselves with Christ and the poor.

Josh is a Mississippi boy who now lives in Portland, Oregon. He is currently on his way to marrying his fiance, Hannah, who both met serving with Word Made Flesh in Calcutta, India. His interests include: books, gardens, racial reconciliation, southern cuisine, coffee and birds. Josh is also an aspiring writer, barista-extraordinaire and world renown southern chef.