It is a common story many of us share. Obviously not all of us, but I have spoken with many individuals whove given remarkably similar accounts of that small church where they grew up in. Typically, this phenomenon goes something like this.

One is introduced to the stories of the Bible in Sunday school, as one matures-while regularly attending that tiny congregation-one is convicted of their sins in virtue of the humbly powerful sermons delivered by a close friend along with those old familiar melodies sung by the choir, one is saved and then becomes a member of that intimate congregation that makes its impact in the community one friend at a time. 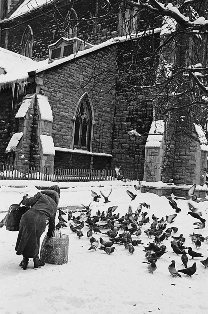 I am not sure how old this model is, but it is quite evident that it is on the decline. With the advent of larger church attendants congregating in more and more congested venues, a new model of The Church has emerged, challenging the former structure. I, myself, am not immune to the effects of this novel development.

I, too, was one of those sorts that grew up in a small church where everyone knows your name. However, in light of life circumstances my family and I, at a young age, were drawn to one of these mega churches. And it was here where I first met my savior. Naturally my view on the matter may lean towards a favorable tolerance of these churches; even to the point of applause.

However, I am not here to offer my opinion, but merely to state facts. Even more, it is quite possible that my experiences were not the result of a universal pattern that one should follow, but simply the consequence of what could have easily occurred in the small church I grew up in. In either case, the issue of these mega churches is one that warrants some attention.

The initial concern as to the emergence of mega churches, or those establishments that exceed several hundred members, often reaching into the thousands and even tens of thousands, is their impersonal atmosphere.

The idea of the assembling of believers assumes that the fellowship is not only genuine, but possible. The immediate inference is that in the large crowd of people, one is merely shuffled through the doors of the building in a manner that could be referred to as assembly line worship. In short, when considering the legitimacy of mega churches whether or not one can engage in a meaningful relationship with his or her fellow parishioners is a serious concern.

But on the flip side, there are some statistics that may contradict this perception. According to a guest columnist John C. LaRue for Leadershipjournal.net, the number of Americans who describe themselves as born-again or evangelical Christians has grown dramatically in the past quarter century especially in the 1990s.

In 1976, 34 percent of Americans were classified as evangelicals. Twenty-five years later, in 1999, this number was up 12 percentage points to 46 percent. This begs the question, is there some correlation between the appearance of mega churches and a growth in not only church attendance but salvation testimonies? Is the presence of coffee holders sitting alongside the pews, multi-media presentations and over the top praise and worship performances somehow managing to draw larger crowds? This goes without saying. 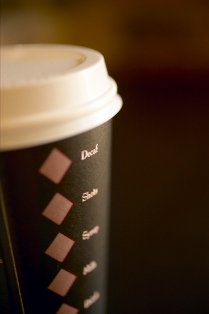 However, if they are drawing the big crowds and appealing to a larger audience, is this nothing more than an example of a tickling of the ears (or interests) of a secular world? I am confident that there are many tried and true believers that make up the hard cores of many, if not most, of these grandiose organizations where believers come together. And yet what of the many that sit on the sidelines and are just along for the ride? Should these numbers count at all? Are the mega churches just mega fluff wherein lies an identical demographic to the smaller churches of Christians that are truly committed?

As one pastor put it in Christianity Today, it is more difficult to take 10 people and grow a body of Christ to 150 than it is to transplant 200 or 300 people and then grow that congregation to 5,000. A crowd draws a crowd. From day one if you have all the bells and whistles, 5 full time pastors, a youth program, and a charismatic speaker with spiked hair (a shot not aimed at anyone in particular) and you don’t mind putting the smaller community churches out of business, it will be harder to stop attracting a big crowd.

If I were you I wouldnt walk away from this article thinking that mega churches are necessarily a bad thing. Rather, I think it is important to see their weaknesses as models of realizing how Gods people should come together. And yet even the small church model should be cause for concern at times. After all, back biting, gossiping and falling into the trap of individualistic traditionalism (i.e. refusing to utilize tools for church structure on the basis of their novelty not on their effectiveness) are typical of these sorts. But we shouldnt be pessimistic about The Church in general.

Let us remember that the Gates of Hell will not prevail against it: Whether those minions are chased away by Bibles with embroidered covers or ones dating back to 1611. I think it is important to keep in mind that Jesus chose Simon Peter to be the rock upon which He would build His Church. And though Peter was superficially flawed as in the case of his occasional Judeaizing and quick mouth, what God did through him was essentially substantial. So too is His church today. It may come in many superficial forms, all of which are subject to change just as people are, but in the end its unyielding power and primary substance will remain forever: Regardless of whether it is done while sipping a cappuccino or fanning ones brow with a church bulletin.

From our friends at Prodigal Son Magazine – a dynamic men’s portal site for men of integrity. It aims to be a cornerstone for Christian men, a place for men after God’s heart to find informative, relevant, cutting edge information on lifestyle, relationships, career, pop culture and their walk with God.