Parea is a Greek Word that basically means “circle of close friends.” When we chose that name for our community, we wanted it to embody who we were, not just to ourselves as a group of people, but also those who we encounter as we minister in Old Town Victorville. It speaks of our desire to make a long-term commitment to people in a radical, relational way. Parea Community is all about relationship. We believe with all sincerity that Jesus will use us to change the world one relationship at a time! With that declaration, I would like to tell you a little story: 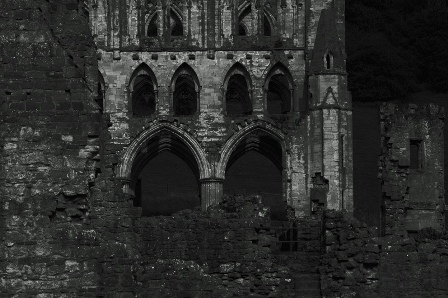 It was a hot Thursday afternoon, well into the 90’s; a couple of us had just gotten to the park that is at the heart of our neighborhood in Old Town Victorville, a growing city in Southern California.

As we unloaded a box of about 60 freshly made burritos, a couple of our homeless friends ran up to greet us with a helping hand and anxious smiles.

Parea Community is one of the last groups that actually feeds people in the park since the city has been cracking down and intimidating ministries that are trying to help the homeless. People were already forming a line along a large concrete picnic table that bore the haggard look of multiple paint jobs to cover up graffiti. Many of the faces I saw were empty, toothless and hungry, yet though their physical appearance is curiously revolting to the thousands of passing motorists on their commute to work, these people are our family, our friends and we love them passionately.

Every week there is a spattering of new people we have never seen before. Old Town is famous for the large amounts of methamphetamines, crack and a multitude of other drugs that flow through the area, attracting many addicts and users. It is very common on any day to observe disheveled strangers with wild, intoxicated eyes, running around the streets confused and strung out. Sometimes they pass out on the grass or even in the streets, sometimes they die there, forgotten forever, unknown soldiers in the urban landscape.

She looked like a Linda, I never got her name and no one else knew who she was. She wore a faded blue summer dress barely reaching her knees, with a floral pattern that was awkwardly colorful. One strap hung loosely down her tan, leathery arm. Her frail, skinny legs barely supported the rest of her bloated, malnourished body, and they trembled with each step closer to where I was handing out burritos.

I glanced quickly at her face, trying not to stare but wanted to meet her eyes briefly. It was framed by old yellow hair, greasy from days of not being washed and clumped with little pieces of dirt and twigs. One side of her face was scarred from a nasty looking burn, and upon closer observation, half of her body was marked with scars from the same event. Her glossy blue eyes could not focus on any one thing, and scurried about, never making contact with mine. Crust and dirt circled both of her eyes completely, probably from an infection or heavy sleeping in a dirty place. My heart broke instantly, I wanted to know this woman, I wanted to know her story, but her horrifying condition muted me; all I could say was, “Here you go,” as I handed her a burrito.

“Oh, thank you so much,” she said in a small, mouse-like voice, barely audible amongst the hubbub of traffic and laughing people.

“You’re welcome,” I replied, ashamed that I had no encouraging words to offer. She awkwardly stood there, holding onto the table to support her, and then as if she had completely forgotten her prior regard, she again stammered, “Thank you so much!” I smiled sheepishly, acknowledging the growing restless statements and wary looks that were passing through the line of hungry people.

As I reached around her to finish handing out the burritos, she stood there, confusion on her face, and a strong alcohol smell coming from her mouth. Again, she gurgled out, “Thank you so much.”

“You are welcome” and my smile lingered, and I looked at her one last time, tears crept into the corners of my eyes ever so slightly. She hobbled off, clutching her warm prize loosely, but with as much strength as she could muster. I quickly tried to forget her; there were about 20 more people in line, but what happened in less than a minute would change me forever. I haven’t seen her since then. She disappeared.

Continued in My House is Empty, Pt. 2

C.J. Speelman is a member of Parea Community in the High Desert of Southern California. His passion is to build the Kingdom of God among the poor and to be a revolutionary.