I once heard a friend say he felt that at the age of 19 he should have already done something along the lines of curing cancer. Granted, he was being dramatic, but I think he wasnt far from describing the feelings many have in this society. The first question most people ask and are asked when meeting someone is “What do you do?” 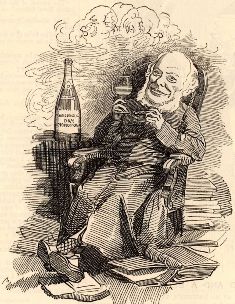 I too feel the pressure to do “great” things and have been told on a number of occasions that I am “special.” Ive heard the often taken out of context Jeremiah 29:11 “God has a plan for my life,” along with the numerous spiritual clichs one is fed if they are in the church for more than a day. And I have dreamed of being that someone who does that something incredibly life- and world-altering. And now, upon entering adulthood, I am loathing myself for falling into the trap of daily 9 to 5 cubicle life and wondering why I didn’t major in something more adventurous in college.

Ironically, those who claim the title “follower of Christ” should be least stressed when it comes to having purpose and being successful. And while I have heard the rationale that “God is in control and is looking at the finished puzzle of your life as we speak,” I would even have to disagree with that. Yes, God is in control. But does “seek first the kingdom of heaven” have anything to do with drawing up a personal goal sheet or putting faith in the idea that the big guy in the sky is handing down pieces one by one to make a metaphorical puzzle drawn specifically for you?

For the first time, while listening to a Bible study by Ole Anthony (president of the Dallas-based Trinity foundation), I received some insight on the “kingdom of God.” He said the reason we have such a hard time grasping the “kingdom” is because we live in and have adopted the mindset of a democracy, which proclaims “to each his own.” In a kingdom, everyone and everything (no matter how hard it was worked for) is under the rule of and belongs to the King. The focus is on Him, not on the subjects.

This is interesting, considering I have spent my entire life hearing about my “personal” relationship with “my God” and reading Scripture as though He wrote the Bible specifically for me so that I could become the “great Christian leader” I was always meant to. Yet the wisest man on Earth said “I have seen all the works which have been done under the sun, and behold, all is vanity and striving after wind.” Ecclesiastes 1:14.

If I have truly come to terms with the emptiness within, accepting Christ’s bid to come and die that I might gain what I cannot lose, then I have nothing left to give or strive for. When a farmer plants a seed he doesn’t dig it up everyday to make sure it’s growing. That would completely nullify the original intention for sticking it in the earth. Yet that is exactly what I do every day as I try to be a better person, do good things, and frantically wring my hands with the realization that I am not “successful” in a spiritual or physical sense.

The funny thing is when we become the “walking dead and finally realize that there is nothing left for us to do to become “better people” or “leaders” or “super Christians” because God has already placed His righteousness on us through no actions of our own save faith, then we have nowhere else to look but out. Obedience to the directive “love God and love others” and ultimately to seek His Kingdom will come out of the freedom and release from spiritual and self betterment.

Without that understanding I might find myself consumed with social justice, the church and doing good things. But it comes out of a secret hope to earn more favor with God and become fit for the big important work He is just waiting for me to measure up to. And then I am struck with the audacity of such thought. If “by one offering He has perfected for all time those who are being sanctified,” then when I try to bring my own offerings I am rejecting the truth of His ultimate sacrifice.

With the realization of my death I don’t have to worry about becoming the negative poster child for Corinthians 13 by “prophesying, giving my body to be burned and speaking with tongues of angels” without love and for nothing because I will no longer do anything for gain to myself. Any focus on social justice, the church, and others will come out of the simple truth that with the removal of me from the picture, all that is left is “His Kingdom come, His will be done on earth as it is in heaven.”

It is hard to hear that I am not special, and do not need to have better self esteem. It is harder to realize that I am actually called to have no esteem or regard for self at all and that “He must increase and I must decrease.” I hate when people ask me what I am doing with my life now that I am out of college. I hate feeling that I should be doing more, that I’m not doing enough or the right things, and then feeling guilty because I wonder if even the “right” things I am doing are coming out of pure motivations. I keep digging myself up out of the ground to see if I am bearing any fruit, and no death can come out of that. It is time to come to the understanding that I am not capable of doing life-altering work. Christ already accomplished that once and for all. There goes all the how-to books I planned on writing someday.

* This article was also recently published in relevantmagazine.com.
If you liked this article, check out: This Bless Me Philosophy of the Church