Continued from The King’s Court: A Fairy Tale, part 2

Meanwhile, Aurora told the king, Our sister Kendra is with Thomas now! When Daniel and the kings army arrive at the gypsys hiding place, they will find the gypsies undistracted and ready for battle.

Then, said the king, it is up to you to see that Daniel does not fail. Rafael must persuade the gypsies that he has turned traitor. Then he must lead them astray. Aurora, you must go with him, but keep hidden, so that you can inform him of what the enemy is thinking. 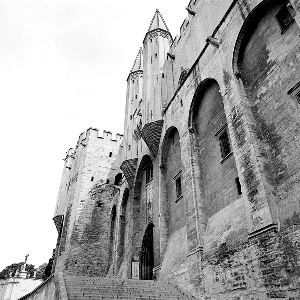 As for me, I will go to the tavern.

But sire, said Rafael, I thought that Kendra and Thomas had to find their own path out of the prison of their own making?

But I can stand at the door and knock, said the king. It is then for them to decide to let me in.

Rafael breached the gypsies hideout before his brother Daniel, with his sister Aurora hidden in the trees. Rafael declared, I have decided that your kingdom, my brother the prince, would be better than that of my brother the king! I have come to help you. And he told them that his brother Daniel intended to attack from the west the following day at sunrise (rather than that afternoon and from the east, which was his real intention). When Rafael returned to Aurora, she told him, It is well; they have believed you, and Daniel will have the victory. Let us hope that the king will likewise have success with our brother and sister!

When the king came upon the tavern, he saw that the door was shut, but not locked. But he stood outside and knocked on the tavern door, and called, Thomas and Kendra. I know that you are inside. I know you believe that you are worthless to me now. It is not true. You must examine those words: they are the words of the enemy, my brother the prince. They are not your words, and they are not the words of truth. The king stood and knocked without ceasing for hour upon hour. The day turned to night, and still the king knocked.

Kendra presently began to hear him, and said, Is that my brother Thomas in the room here with me? It was the first moment that she had said anything other than, Your voice is dreadful!

Never for a moment did the king grow weary of knocking, until at long last, Kendra opened the door. It was morning again, and she could not help but squint, as she said, Sire?

Will you let me come in, Kendra? he asked.

Will Thomas let me?

Thomas is muzzled, but not bound. He can remove the muzzle if he chooses to.

Both the king and Kendra turned towards Thomas, who looked down at his unbound hands in amazement. Somehow he had believed himself a captive, when all the time his hands were unbound and the door was unlocked. Slowly, he removed the muzzle.

Speak to me, Thomas, declared the king.

I cannot, he said hesitantly.

Do not say you cannot when you just did! said the king. Sing for me, Kendra.

I sing frightfully badly, my king, she said, with eyes downcast.

I know you think so now, but it is not the truth. Sing, and hear your own voice. You cannot but believe in its beauty when you hear it.

So Kendra sang, such a song as was never heard before, a song so haunting and thrilling that they all felt chills to their toes when she had done. Then they began to laugh with uncontrollable joy.

And now let us return to the palace, for the victory is ours! declared the king.

And so it was: Daniel and the men Thomas had persuaded had vanquished the gypsies, with the help of Rafaels cunning and Auroras sight, and the king gave a great banquet in honor of the occasion at the palace and invited all the loyal subjects of the kingdom to attend. And Kendra sang at the banquet as never before, and all the loyal subjects cheered as though their lungs would give out.

And nobody ever saw or heard of the kings brother the prince, ever again.