Theres Dunkin Donuts and theres the road to Amherst

Heres the common so, lets see, the police station should be

Aha! Which means the Quabbin Reservoir is here

What are you drawing in the Quabbin, Dave?

A whale! Cuz, Im hoping all this random drawing were doing has SOMETHING to do with a whale, right?! 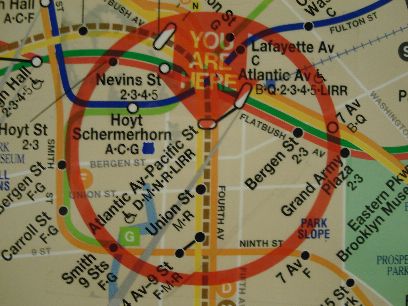 Good question what, indeed, is a whale doing in the Quabbin Reservoir in central Massachusetts? And what does that have to do with prayer?

So there we are, about a dozen ordinary folks, mostly adults, on a Sunday after service at the Belchertown UCC, for the last of our reckless prayer meetings. We were ostensibly going to look at the story of Jonah, but were gathered around a knee-high table in the childrens art room, scribbling away with crayons on large sheets of white drawing paper.

We have boxes of crayons and pencils, and we are busy drawing a rough map of our town. First we draw just the basics our church in the center of the town common, and the roads we take from our respective houses to get to the town center.

It takes us a while to get oriented many of us have lived in this town for multiple decades, but it is still tough figuring out where things are without landmarks on the blank paper to give us some relative perspective.

So what does this have to do with Jonah and reckless prayer?

So Jonah goes to Nineveh. Well, not quite, he tries running away first, but the good Lord rustles up some God-fearing sailors who dump him into a stormy sea, and then this big whale swallows him up and he wallows in whale guts for a while until he vows to go to Nineveh and then he gets vomited out and all that fun stuff we normally think of when someone says Jonah!

Anyway, so Jonah goes to Nineveh and says to the people there, who all hate his people, that the good Lord is gonna wipe them off the face of the earth.

So the people of Nineveh respond to this sensitive and relevant and loving message by wailing and wearing sackcloth and fasting. And the fierce King of Nineveh hears of this message, and even though the weird foreigner didnt say anything about a possible solution, the King decides they might still change Gods mind by putting on sackcloth himself and fasting. In fact, he tells his entire kingdom to put on sackcloth and fast.

For kicks and giggles he also tells his people to make even the CATTLE fast. Put sackcloth on those cows! And dont forget the birds either!

About the only people not crying in this scene are the sackcloth merchants and Jonah. He isnt liking any of this, as the entire city around him cries out to God and wails and mourns and the hated Ninevite people repent of their evil ways.

So God sees all this and changes His ineffable mind.

And Jonah goes off in a huff, mad as a whale-vomited prophet of doom whose fire-and-brimstone check has just bounced.

And then comes the weird part that kids dont learn in clean little Sunday School classrooms. The part where Jonah wants to die, where God makes a vine grow and Jonah is happy, and then God sends a worm to kill the vine and Jonah is mad again – the part where God finally says something cryptic about Nineveh being a great city of more than 120,000 people and many cattle.

And the story just ends there.

We continue drawing, and now we start filling in major landmarks. Where do we spend most of our time? Where do we meet with other people?

What drew us to this town in the first place? What was so special about the land, the water, the wildlife, the people? Why were houses so cheap here?

We start drawing in the houses of our neighbors. Who are they? When did they move in? How long have we known them? Wasnt it just yesterday that our kids graduated from high school with their kids?

And His concern is not just about just you and me, and its not even about our neighbors or about all the people its about something bigger, involving even the cattle, and the birds, and the horses, and even that fictitious whale in the reservoir.

We finish drawing and reading Jonah, we hold hands around our little table, around our roughly drawn map, and we pray.

And what about you? What town do you live in? What would a hand-drawn map of your town look like? What dreams does God have for your town, your people, and especially your cattle?

What is God calling you to pray about for your town?

Hari Kumar is an engineer-turned-educator and storyteller who is originally from southern India but grew up in Yemen. He lives with his reckless wife, Alexis, in western Massachusetts, and he writes about his Christian faith journey on his blog.