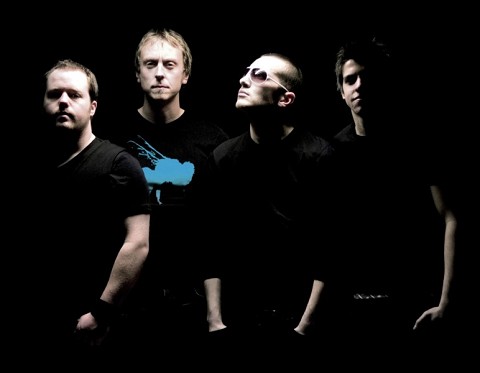 I am not one of those people who decorates for every seasonal theme. I admit there are still Christmas cards and Valentines Day cards pinned up to the bulletin board in the kitchen, even though St. Patricks Day quickly approaches. In honor of the holiday, my cousins wife made ceramic shamrocks with the hand prints of her little boys and strung them carefully above the fireplace. I am not that good. But as Old Navy breaks out their kelly green graphic tees and the groceries stock cabbage for the one time a year that people actually eat it, Im celebrating St. Patricks Day in a different waythrough the best of Irish rock n roll.

Now, of course U2 just came out with their much-anticipated album, and we absolutely cannot talk about Irish rock without paying our proper respects. But as these veterans deliver their latest, the circle of life also revolves to birth the debut of Irish rock fledglings Bluetree. And while I dare not commit the sacrilege of comparing a new band to the greatness of U2, well, watch out for these guys. Releasing their first album God of This City last week, it has already hit No. 1 on the Christian Retail and Praise and Worship Charts, as well as No. 125 on the Billboard Top 200 Albums chart. Not too shabby for a first release.

Nevermind that Bluetree transports the listener from their time and place into absolutely symphonic satisfaction through guitars, rhythm, and electronics, or that their lyrics convey a deep substance of faith thats been through fire. My favorite part is that lead singer/guitarist Aaron Boyds charming Belfast accent shines through the vocals quite clearly.

All kidding aside, though, this album gripped me at first listen and increased its hold the more I listened. Though the lyrics are simple and anthemic, theres a genuineness thats very apparent throughout the songs. Songs of great intensity usually have a story to match, and the title track God of This City certainly attests to this. This song was birthed through a mission trip that the band took to the red-light district of Pattaya, Thailand. When sharing the story behind the song, Aaron Boyd says this:

I remember looking over to my left and seeing a group of English guys in the street. My guess is that they were just over to buy time with cheap Thai girls and do whatever they wanted with them. But you could see their surprise as they heard the truth deep in the words we were singing out; that God was a part of this place, that greater things were to come, that there is a light that eliminates the darkness.

Bluetree brings an experience of powerful, real worship that moves with the undercurrent of a gritty, real-life faith. These are not songs written from the safety and confinement of the pew; rather they are the result of experiencing a breathing, powerful, global God who shows up when we seek Him. Boyd says, I dont think its up to us to twist Gods arm into fighting injustice, I think its up to us to get on and fight it ourselves, to look around and realise quite how well God has equipped us to transform our communities and global neighbours.

Check out Bluetree for yourself by downloading a free song