When I was in first grade, I had a bully named Teddy. Yes, that’s right, Teddy. It doesn’t exactly conjure fear and intimidation, does it? (More like cute and cuddly…) And quite frankly, he looked like a “Teddy.” 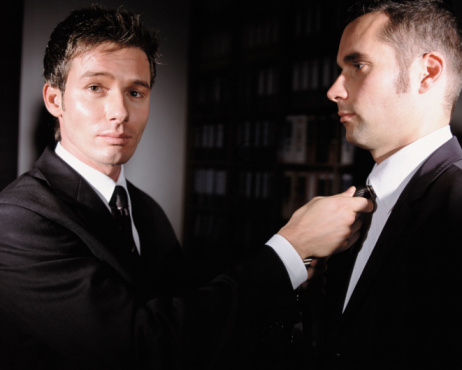 But Teddy had a friend. A bodyguard, if you will. I can’t remember his name, so for the sake of the story, we’ll call him Bruno. He definitely looked like a “Bruno.” They had a sort of Master-Blaster relationship (that’s a Mad Max Beyond the Thunderdome reference, by the way). Teddy was the master, and Bruno was the blaster.

On a daily basis, Teddy would demand my milk money. And I would give it to him, for fear of suffering the wrath of Bruno. I tried to keep this shameful fact a secret for as long as I could, but eventually my parents found out that I was being bullied.

My mom’s reaction was a typical: “We need to call the school!”

My dad, however, had an alternative solution: “You need to punch that kid in the nose. He’ll never bully you again.” As he unfolded the plan, my body shook with both fear and excitement.

You see, Teddy had an Achilles heel that had never occurred to me: Bruno wasn’t always by his side. In fact, Teddy and I had the same bus route. Moreover, we were the very last two to be dropped off before our driver finished her work day.

My dad was a genius.

The next day, I was riding home on the bus. Teddy was on one side of the yellow transport, and I was on the opposite. When bus rider Number Three de-boarded, I made my move. I slid into the Teddy’s seat and struck up a conversation. He reciprocated without suspicion.

After conversing for a few minutes, I found my moment. I pointed out the window: “Whoa, Teddy, look at that!”

He turned to face the window, peering to locate what he had missed. I cocked my elbow, pulling back my fist into a tight little ball. And then… I released.

I had missed. Having felt the breeze of air, Teddy turned back to face me, oblivious to the fact that I had just attempted to knock his block off. “See what?” he asked, confused.

I was flustered. My blood was pumping. My heart was racing. I was desperate. I gestured towards the window again. “Uhhh, uh, there! There it is!” Surely, Teddy wouldn’t fall for the same trick twice…

But he did. And the second time, I didn’t miss. My little fist contacted his face. Right in the nose.

Teddy burst out crying. He threatened to tell the bus driver. I pleaded with him not to do so. He promised me he would and that I would be in “biiiig trouble.” When the bus halted to a stop, Teddy rose from his seat, walked right past the driver, and descended the steps, sniffling.

He never said a word.

That next day, he didn’t ask for my milk money. Neither did he the following day. Or ever again.

I was free from fear.

Since then, I’ve encountered my fair share of bullies. Some I’ve ignored, and others I’ve confronted. But my father taught me a valuable lesson that day: Sometimes, the only way to reason with a bully is to punch him right in the nose.

When I became a Christian, I had difficulty reconciling this lesson with a faith that taught me to “turn the other cheek.” However, I’ve learned that we have misapplied this verse. Worse, we’ve been choosy with it. We ignore it when it conflicts with our politics, but uphold it when when we should be standing up for our loved ones.
American culture has this all backwards. Men are conditioned to be violent and forceful when we should be gracious and gentle. We’re taught to be passive and submissive when we should be fighting like hell.

When my wife was disrespected by a drunk idiot last night, everything in my flesh told me to run away. Like Ray Romano, I wanted to back down. But there was something else happening. My wife was crying, clearly upset. Something in my spirit raged, “You can’t talk to my wife like that!”

I felt like a little boy again, quaking with both fear and excitement. I turned around and headed back into the Ryman Auditorium, unsure of what I would do…

What would you have done? I know it’s cliche, but what would Jesus have done? Would he turn the other cheek or turn some tables over? Would he smile and bless the man or punch him the nose?