From a mission team in Haiti: 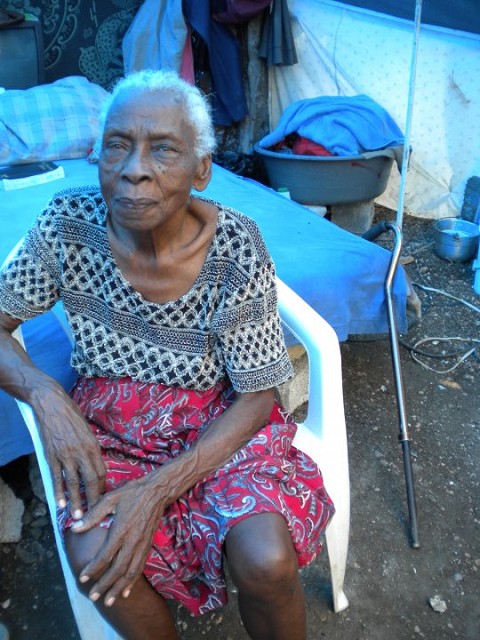 Look at the birds of the air; they do not sow or reap or store away in barns, and yet your heavenly Father feeds them. Are you not much more valuable than they?

-Matthew 6:26
Many people wonder if God still speaks to us, or if He has grown silent over the years. Has He stopped talking, or have we stopped listening?

We had been asked to take some time to just be still and ask God to speak before we started the day. I began praying that God would allow me the ability to stop and just hear what He wanted to say to me. So as I sat there, quiet and still, I suddenly had an image of my team praying for healing over someone.

Was this me or God? I immediately asked that if it was from Him it would stay in my mind, and if not, that it would be taken away. It didn’t go away. As I sat there trying to keep my mind from its usual routine of running laps, I suddenly had an image of a red bandana, the pattern was very distinct. Huh?! This has to be me, right? I prayed. It didn’t go away either.

We came back together for a time to share what we felt God had spoken. I’m sitting there trying to decide if my imagination is going wild when my teammate Dawn says God was speaking the word healing to her. I knew right then God was up to something. I chimed in letting them know I had a vision of us praying for healing over someone; but I wasn’t about to share about that bandana.

Other people had felt God communicated “healing”, but as we were about to break I decided to put it out there. “So… umm… this might not mean anything, and I’m not sure if it was me, but I saw a red bandana thing, but maybe that’s just me?”

Little did I know God had something great in store…

Our team had been split into two groups to head in separate directions in the tent city. Within minutes my group came to a halt as we began meeting friendly faces and saying our hellos.

That’s when a hand reached out of the tent next to me, and a woman slowly began to emerge. I was first caught by her piercing blue eyes, beautifully pronounced against her silver hair and dark skin. Then I looked down and saw her skirt and the chills covered my body in an instant. A beautiful red paisley bandana print skirt, just like what I had seen. I couldn’t believe my eyes.

I motioned for our translator Kanou to come over quickly and within a minute she revealed that her knee was far from working condition. I asked if it would be alright if we prayed for her, and she eagerly agreed.

We prayed with passion and fervor, but when I opened my eyes her knee appeared as it had before I began. “Lord, weren’t you supposed to heal her?” I had hoped for something instant, but it had failed to materialize. We spoke a while longer and then went about our work; however I was frustrated and confused.

As I thought on it throughout the day, the beauty of the situation hit me. God loved this woman so much, that He directed my path towards her specifically. What seemed like a random image to me, was meant to open a door for Him to show His great affection and love for one of His daughters. She had no idea of what I had seen earlier, but I realized I caught a glimpse of how valuable (Matthew 6:26) she is to Him.

It’s easy to forget that God loves us to such depths. May we all be reminded today of our worth to Him.

The next day, I was informed that a medical team was able to examine her leg and she told them her knee had improved a great deal since we prayed for her.

Joshua was born and raised in Phoenix, AZ by two amazing parents, Bob and Donna. Currently, he is preparing to go on the World Race. You can find out more about his upcoming, around-the-world journey here.