I recently caught up with Derek Webb on the current Art Music Justice tour when it stopped in Evansville, IN. The tour features Sara Groves, Charlie Peacock, Derek and his wife Sandra McCracken and Brandon Heath.

Tell us how the AMJ tour came about?

The Art Music Justice tour was dreamt up by Sara Groves and her husband Troy . They called up some of their friends who they thought would resonate with their vision and what they wanted to do. We each knew each other pretty well so it was an obvious yes when Sara called.

It is an evening where we try to integrate images and our music with stories of rescue juxtaposed with the reality of these atrocities happening all over the world. We are highlighting the work of Food for the Hungry and International Justice Mission. We focus on what they do, and why we think it is good work and really important. We try to make connections between our lives and the people these organizations impact. We hope to make more connections to people who come to the concert and stories they might have. Ultimately, we are five singer-songwriters doing our thing who all play different kinds of music, and approach it really differently. We are out together for about a month and a half on this tour. 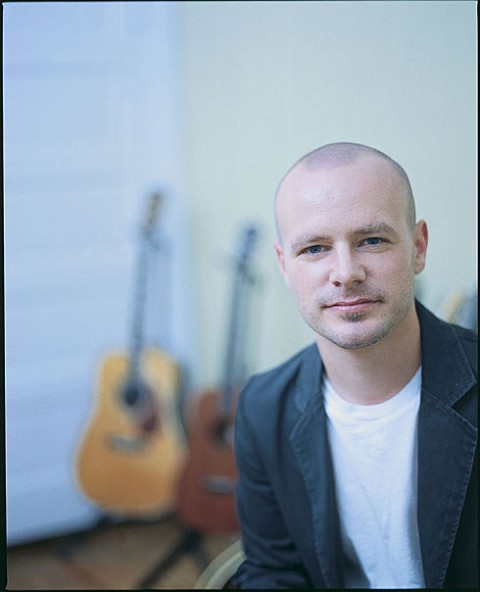 How has the tour gone so far? Tell us more about the organizations you are working with?

Every night has been really good. As far as the music goes, we are really putting aside the normal thing that we would all do when we play shows. On one level or another, we all feel a connection to the work these organizations are doing. Some of us more explicitly in the music we are doing. For instance, Sandra and I dont play in a lot of churches nowadays. So this has been an interesting thing, playing in these venues. Its not something we normally do so it feels like a departure.

If there is a moment to do something differently than what we would instinctively do, we feel that this is the people to do it with and the causes to do it for. Even though Sandra and I feel a little bit like fish out of water on this tour, we are really honored. Both Food for the Hungry and International Justice Mission (IJM) are doing tremendous work.

Each of us, Sara, Brandon, Charlie, Sandra and I all have done some work with IJM. Our hope is to direct everyone to these stories. We are seeing the results of this night after night, incredible numbers of child sponsorships for Food for the Hungry and cash raised for IJM.

Gary Huagen, president for IJM, called us before the tour from India , and said there is a direct correlation between the amount of funds that we raise and the amount of girls they can go in and rescue from the sex-trafficking brothels.

IJM are gaining favor like crazy for these communities they are in. The local officials want to do something about the corruption and traffic they know is happening right under there noses but there is nothing they can do. It is impossible until IJM comes in with their lawyers and helps strengthen these officials. The community is really grateful. He said that so many people want to help, but they are limited by what they can afford to do in terms of personnel and favor.

Its a great feeling to be able to walk away each night and hand this money to IJM, to know where it is going and what it is doing. The impact of these nights on tour will go far beyond this month and a half.

Is there anything you would like to offer about your music? Are you working on new material?

I am working on my new record. We are looking at April or May of next year for the new record but it is hard to say since it is half dreamed up. Its been a really busy season in my life. After this tour we have another tour right before Christmas with Don and Lori Chaffer from Waterdeep.

Sandra and I have a boy who is a little more than a year old. Sandra has a tremendous new record out, Red Balloon. It is the best thing to come out of our home studio and it raises the bar for everything we make from here on out. I bring a big bag of recording gear with me on tour for when I find time to work on material. Im trying to patchwork this record together with a friend from Houston . We will play everything ourselves, working on a couple of laptops as we share files back and forth.

What music are you currently listening to?

For inspiration, I really love the new Beck album, Modern Guilt. Im a huge Danger Mouse fan so when I heard he was producing it I knew it would be an earth-shattering record for me. Also, the latest Gnarls Barkley, the album The Slip from Nine Inch Nails, and Thom Yorkes The Eraser are music that I listen to before I go to sleep. I like very inorganic sounds and elements. I have completely gone the other way from what I used to be into. I like simple but heavily programmed music.

Find out more about the AMJ tour here.

Chad is currently pursuing an International Studies major at University of Southern Indiana . He enjoys traveling to other countries, collecting vinyl and Bananas Foster .