Worship at St. Georges Cathedral couldnt have been any more different than where I usually worship on a Sunday. Other than Jesus, it seemed everything was different at this Ethiopian Orthodox Church in Addis Ababa.

First, there was the leper who was begging outside the gate. I flashed in my mind to the story in Acts 3 of Peter and John healing the beggar outside the temple gates. Unlike the apostles, I didnt tell him to stand up and walk. Instead, I began to think of how ancient this place was. 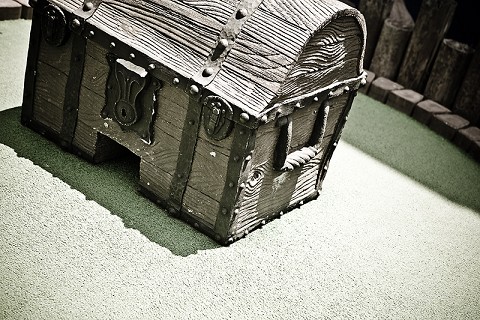 We walked into the courtyard and began to worship. Now, realize the whole service was liturgy in Amharic, so we couldnt understand a word they were saying. But it was beautiful, I thought on how long these people must have been worshiping like this, back to when the Gospel first came to the Ethiopian people in Acts 8.

As we stood, we all noticed a blind woman who was making her way around the courtyard. She would take a shuffle forward, poke around with her stick, then reach down with her hands to make sure she wasnt about to fall down a step.

It was painful to watch I cant imagine how her back felt after a day, much less a lifetime of this.

As she made her way around, worshipers would walk up to her and give her some change. To give you an idea of her usual donation, the most valuable Ethiopian coin is worth 1/2 half a birr about a US nickel. One member of our team stepped forward to meet her needs as well. He quietly slipped her a 100 birr bill the equivalent $10 USD.

As she pulled out her money purse from around her neck, a nearby woman stepped up and began to talk to her. It wasnt until someone explained it that I understood what was happening.

Being blind, she didnt know how much she had been given. She couldnt read the bill. The blind woman assumed it was only 1 birr, which was probably as big a gift as she ever got. It wasnt until the stranger intervened that she realized the gift was 100 times what she thought.

As the woman found a special place in her garment to tuck away her gift, I began to wonder how often I do the same thing. How often God gives me a gift, and I treat it as routine and mundane, just enough to get me by.

What followed was a beautiful picture of grace. This woman fell down on her face and worshiped Jesus, for the great and unmerited gift she had been given. As I watched her weary bones rest and give heartfelt thanks to the King, I wondered how much I needed to do the same thing.

Now that I am back in the routine of life in the States, and I am asking God to show me the true value of the gifts He has given me. My wife, my kids, and all my material possessions are unmerited gifts from Him. They are too great for me to ever earn.

Most of all there is Jesus, the true gift of grace. Everyday, I know I undervalue Him, and try to tuck Him into a convenient place in my life. Instead, He is worthy of far more than what I can see through my dim mirror.

He is calling for all of me to worship him. Worship him with my body, like the blind woman but also with my time and energy to glorify Him to the ends of the earth. I am resolved that He is worthy of all my worship, including with my pocketbook to give to the poor in Ethiopia.

If you liked this article, check out: When Orphans Worship