The world needs a lot of things, more than we can seem to give. But sometimes we underestimate our power to, as Sara Groves puts it, “add to the beauty.” The world needs a voice. Hungry kids need a voice to present their problem to the world. Abused teenagers need a voice telling them they matter. My best friend is in Jamaica giving journals and makeovers to girls who have been raped and molested. 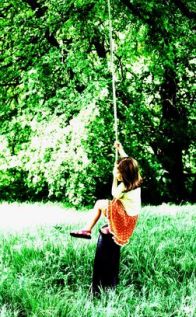 These girls are finding a voice of their own, having heard the voice that tells them they’re worth something. These girls are writing poems and standing up for themselves. But others need a voice, too. Not just those from a certain demographic. People everywhere need a voice to their questions, to their secret hurts, to their untapped potential.

One of my Korean classmates attended a concert with me in Taipei last week (during my study abroad program in Taiwan). It was a rock concert from a Christian ministry that I used to travel with and they happened to be in Taiwan. My friend is a skinny girl who wears baggy clothes because she says she’s not confident about her body, that all the girls in Asia are so skinny and she doesn’t feel skinny enough. It’s a sad world when a size-4 girl dresses to hide her figure.

Since she’s been here I’ve heard her complain about her culture and that among her people women have no voice in relationships–they can only say “yes.” She’s an overly polite girl who can slip into a room so quietly you’d never even know she was there. But when I invited her to go hear my friends play, she jumped at the chance. We watched two performances, and I have to admit that hearing some American music was incredibly refreshing to me.

My friend doesn’t claim any religion, but she loved the Christian worship song they played that speaks of a love that’s “deeper than my view of grace, higher than this worldly place, longer than this road I’ve traveled, and wider than the gap you filled.” She said it had a special meaning. After the final concert she said something that’s been bouncing around in my head ever since.

“Music makes me thirsty,” was the most adequate English in her limited vocabulary that she could find to describe what she was feeling. “It touches my mind.” I thought it was perfect.

And something I think rather remarkable happened that day. She bought a white dress. With sheer layers and delicate edgework and a fitted waistline. A piece of art. Later that night I guess she thought she was alone in the common dormitory bathroom. But I came in to take a shower as she was trying on the dress in front of the mirror. It was delicate, elegant, and a perfect fit. But as soon as she saw me, she covered her face in her hands and darted as fast as she could into a bathroom stall. What kind of confidence level did she have to evoke such a reaction? Exposing your beauty can be scary.

“It’s so pretty!” I called after her as she scrambled back into her baggy, sensible clothes. But the next morning, she put on the dress. She told me she was so shy to wear it, as she spent a little extra time in front of the mirror. But she wore it. To Mandarin class. Like Cinderella. I guess something inside of her said it was time to quit hiding. And everyone lit up when they saw how her and told her how pretty she looked. She would blush and shake her head, but I think she was maybe starting to believe it could be true. She was finding her voice.

The world needs voices to stand up for it. But before we can be a voice for others, we must find our own. We must get to know both our needs and our talents so we have something of substance to offer hungry kids or depressed office workers or our boyfriends or the guy next door or your patient with chronic headaches. The time has come for us to come out of the changing stall, to remove our hands from our faces, and to wear the white dress to Mandarin class. To find our voice and make the world more beautiful.

If you liked this article, check out: A True Bride of Christ