The beauty of grace is that it makes life not fair.
-Relient K, “Be My Escape“ 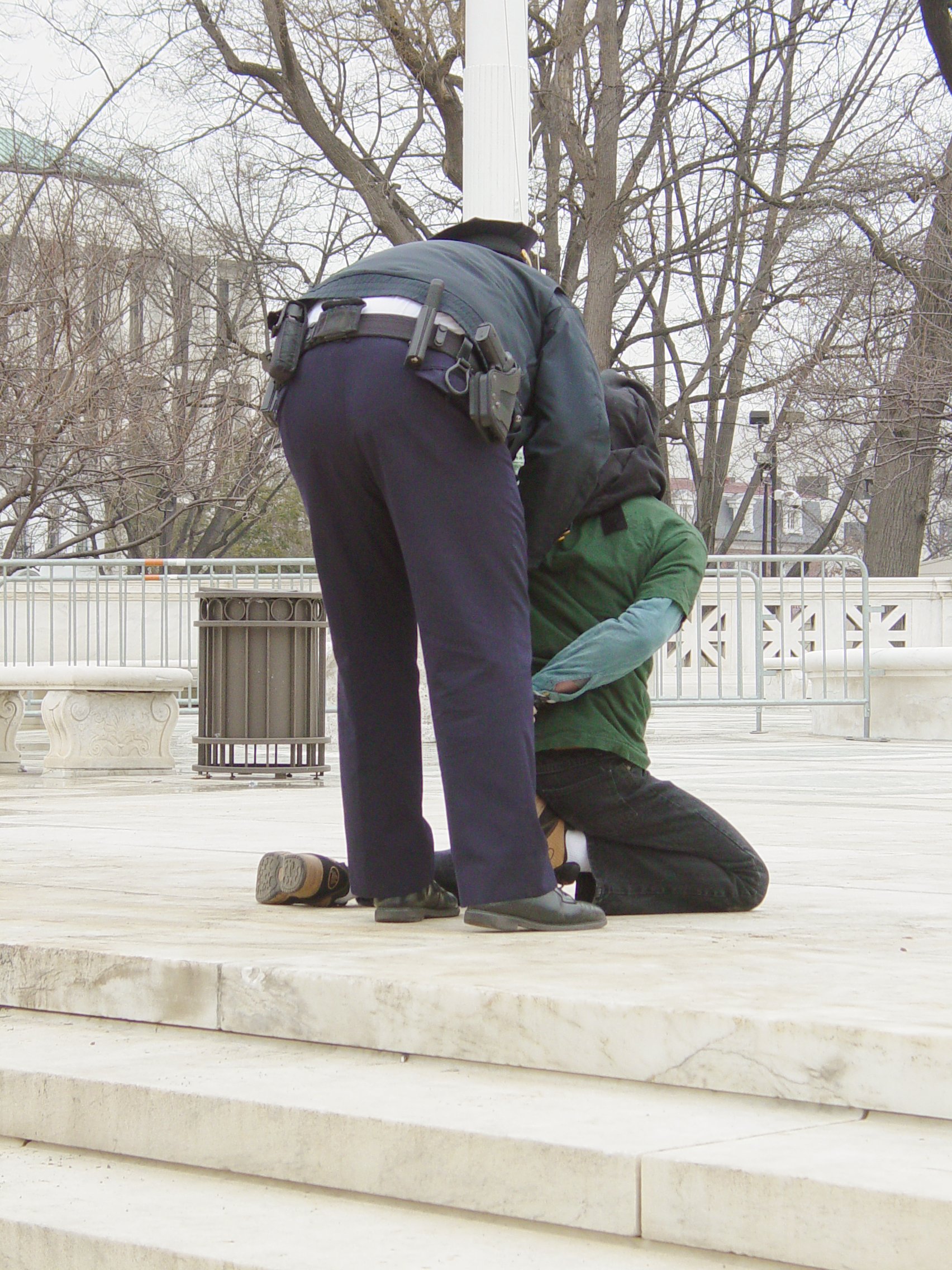 I have my own little rogues’ gallery on the side of my refrigerator – mugshots cut from the newspaper.  It’s kind of around the corner and out of the way, yet close enough I can see it daily.

The gallery includes a serial drunk driver who once killed a grandmother and her grandson, and continues to drive drunk again almost immediately every time he is released.  There is the guy who poured gasoline on his wife in the middle of a fight (she later showed up in court to ask the judge to give him mercy.)

One is a lady who had multiple drinking-related arrests and lost her child several times.  One morning, she woke up to find in her drunken stupor she had rolled onto the child and suffocated him to death.  One clip is three faces together – some teens involved in the grisly murder of a classmate, complete with a gruesome attempt to cover it up.

People who notice the dingy, yellowing clips there on my fridge tend to be creeped out.  I suppose it looks a little stalker-ish to have them there.  After all, I don’t know any of these people at all.  And mug shots are not exactly cheery decor.

Actually, it’s not about knowing them.  Those little photos are simply prayer reminders for me.  Years ago, as God delivered me through a shattering passage of my life, I started begging Him to send me where others will not tread and give me work that others refuse to touch.  My reason:  simply that I wanted to give a gift back to Him – an expression of my love and gratitude for all that He has done for me.  No gift I can give will ever match what He’s given me; still, I longed to “give big.”

The people on the side of my fridge go along with a long list of names on my heart, all of whom have one thing in common:  they’ve crossed so many lines in their lives, it looks likely that most everyone has given up on them…and unlikely that they have many praying for them.  Maybe some of them have no one praying for them…except for this crazy little lady with pictures on her fridge and names on her heart.  All of these are answers to my “send me” prayer – God has been unfailingly faithful in showing me some for whom I can pray, and giving me others that I can love in an up close and personal way.

I thought of my “refrigerator people” yesterday as I was telling some kids the parable of the prodigal son, and how beautifully unfair the grace of God really is (if you’ve never thought it unfair, put your life on hold for one hour and meditate on it from the big brother’s perspective.)  I thought of my friend the pastor, who had said to me just the day before that when Jesus said we will have the poor with us always, He wasn’t only talking about money.

The One I serve is the Author of wildly beautiful, unfair grace.  He permits me to pray for people the world dismisses with a few well-placed words.  Dirtbags.  Scum of the earth.  Criminals.  Crazy people.  You know, the ones who “deserve it” when the going gets rough.  He invites me to dare to believe He’s big enough to redeem even these…and that He longs to do exactly that.  As I join Him in the conversation about them, He shows me much about their brokenness and their beauty…and much about mine as well.

The beauty of grace is that it makes life not fair.  My prayer today is that every person on my fridge and on my heart will accept the unfair grace of God, and know freedom in this life.  I long to meet them on the other side, and celebrate with them the magnitude of that grace.

Jesus will definitely be at that party, right?