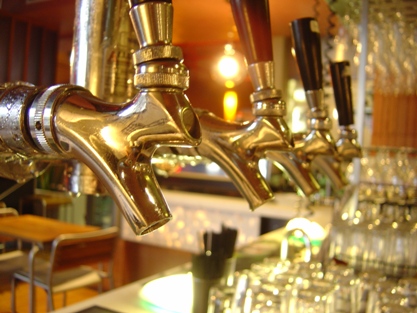 It doesn’t take much to become involved in a conversation about religion. And more often than not, the topic is not even breached by the ‘religious’ ones.

Over the past year, we have all moved our separate ways, only to return to this chalet that overlooks Sun Peaks for a pre-wedding celebration. Our numbers will be reduced to nine in a short week’s time.

Last night, we hit the town. Well… we hit the village. Ski hills always have a village, and this one is no different. Though, with the end of the ski season, the village seems more like a ghost town. Those that remain behind are the outdoorsy type that find value and contentment in hanging around the ski resorts year round. Four of whom we met last night.

Part of our pre-wedding celebrations involved dressing up the bride and groom and heading to the local pub in search of a dance floor to bust some moves. The only pub open had no dance floor, and played 80s music all night long. Hardly conducive for us Dutchies (plus some) to break out our amazing dancing skills. And so, our night involved sitting around a table making as much noise as possible and talking to our local pub-mates while enjoying the antics of the bride in her snakeskin pants.

Ski bums are cool folk. The four we met at the pub had an uncanny interest in our group. Probably because we tripled the amount of people in the pub while tripling the noise level inside those four walls. Our conversation began while paying the bill.

“Where are you guys all from?” one pub-mate asked.
“The Lower Mainland area,” I replied.
“How do you know each other?”
“Most of us went to school together in Abbotsford.”
“What kind of school?”
“It was a Bible College.”

And we all agreed on one thing: Religion sucks. It truly does. Religion is the paintbrush that so easily strokes any person who might believe in a god with the same colour as the abusive priests, the hypocritical homosexual pastors, the adamantly anti-gay marriage campaigners (all three of which were mentioned by one pub-mate as reasons why religion sucks). It’s so easy to overlook us regular hypocrites, sinners, and God-followers when religious hypocrisy is such a mainstream idea to the atheist.

The perception of Christianity is so easily skewed when human nature is involved. Does hypocrisy exist? In all of us, I would think. We all fail. All of humanity fails. Christian, Muslim, Jew, Atheist. That’s just one thing that makes us all the same. But there’s an expectation that Christians are perfect. Far from it.

Is the pursuit of a god just a crutch? A cop-out? Potentially, yes, if we let it become that. If the pursuit stops. If those of us who profess Christ fail to recognize ‘the golden rule’ that is so well-known (even by our pub friends): If love of self becomes more important than the love of our neighbour (and, ultimately God). When that happens – and it will – hypocrisy is soon to follow. Thank God for grace and forgiveness.