I admit it I spend an inordinate amount of time browsing through www.facebook.com. Its been a good way for me to reconnect with old friends. I found Julianne, who was my best friend from the 2nd grade. But Facebook is not so cool when I come across people the recollection of whom is more nightmarish than nostalgic.

Like a high school classmate, for example. Ill call her J. We were physics lab partners during spring semester of junior year. Every week, we conducted a lab exercise and wrote lab report due the next week. Rather than trying to coordinate our schedules to write the lab reports together, we agreed to take turns. This arrangement meant that each of us trusted the other to actually do the work, and in my high school, this kind of dependence was scary, almost reckless. 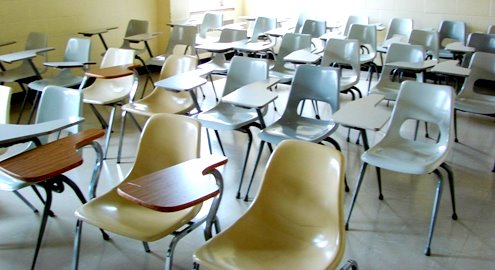 Each year, tens of thousands of eighth graders in New York City take an exam to gain admission to my high school, and eight hundred or so score high enough for acceptance. The average SAT score (when the perfect score was still 1600) was 1410, and approximately fifteen percent of each graduating class is accepted into an Ivy League school. Though it was a public math-and-science powerhouse, all my classes, even seemingly fluffy ones like gym or chorus, were rigorous.

We were a nerdy, ambitious bunch, and J and I were no exception. Junior year was crucial in forging the path to the college of our dreams. Perhaps now, you can imagine the panic I felt when J failed to submit a lab report for the both of us. Though our teacher Dr. H. allowed students to make them up, it was too late for that marking period and we both got a failing grade.

I pleaded with Dr. H, how it was unfair that I, who completed the lab reports in a timely manner, should suffer the consequence of her shortcoming. He countered that I shouldve simply handed in the lab report on my own behalf. My mom, who expected me to break 90 in all my classes, was not going to be pleased. How was this 55 going to affect my final grade in the class?

J felt bad and said sorry. I accepted her apology as nonchalantly as I could without revealing how angry I truly was I was angry with myself, my physics teachers and moms lack of sympathy, but mostly, I was furious with her.

By the end of the year, I managed to ace the exam covering the quantum physics unit, and we got caught up on our lab reports. I broke 90 in that class, and I was relieved. Nowhere on my transcript would there be a record that I failed for a marking period, and my top choice school would still be within reach. And yet, what she did to me or didnt do, rather still bothered me a lot.

J ended up being in my calculus applications class the spring of senior year. I ended up helping her despite what she did to me the year before. When she hadnt completed the homework, she would sometimes ask if she could look at mine. I hesitated but would cave in sometimes, and miraculously, she wouldnt get caught. By the spring, when everyone found out where they were going to college, my attitude toward her had devolved into apathy. I had already gotten into my top-choice school through early action admissions; J, on the other hand, who had also applied to my top choice, wasnt accepted. She got her due for letting me down.

During freshman year of college, we were both in the same city. Then, the unthinkable happened: she transferred to my school. She was now on my campus, and the mere idea of her presence on my campus angered me. I found myself digging for the hatchet I thought I buried, so to speak.

I was thankful that our paths didnt cross much in college I dont know how much of that was by chance or choice. Its been two years since I graduated, and I dont know if she even remembers me. Yet, I feel like J is to me what Nineveh was to Jonah. Recently, however, I read a New York Times article, published April 10, 2007, written by Neela Banerjee about Pilgrim United Church of Christ in Carlsbad, California, that challenged me to think otherwise.

The writer sheds light of the struggle of congregations across the country in welcoming sex offenders recently released from prison. Mark Pilska, an ex-convict, lost his job and home as a result of his disclosure of his past to this particular congregation. Several members of this church where there are survivors of sexual abuse and parents of young children feel threatened by his presence despite precautionary measures a second service, an escort, avoiding children.

Without meaning to, I felt sorry for Mark. Then, Id try to understand the survivors perspectives and parents concerns too, which made me feel guilty for feeling sorry for Mark. It seems an impossible, zero-sum game where loving one means hurting the other. How do we extend grace and care for all former oppressors and formerly oppressed alike as Jesus did?

I racked my brain for solutions, but all I knew in my heart was that it was possible. It would be difficult for them, and such harmony wouldnt be realized perfectly until Gods kingdom is fully established. But in the meantime, by His grace, we could come close; and even such a foretaste of that kind of reconciliation, redemption and restoration would be marvelous. I found myself hoping that this church would take that risk.