Life’s not fair. God’s not fair. Even though I try to be fair, is it truly an outcome I can announce is free from ulterior motive? I’ve heard “fairness” is different from “justice” but the truth is, it’s still rooted in the fact that compromise demands sacrifice from both sides. One hurts, thus the other must hurt equally as bad. Justice is rarely about winning or truly experiencing the best. It’s a robbery of the best so that everyone can suffer equally. The question is really whether justice in every form is a good thing.

I might agree that one who has killed should receive recompense for the act – for we are not an amoral society. Yet, justice is not always so clear cut. In fact, according to scripture, justice may not even be something I am entitled to. Sure, God’s justice is his to deliver – but he has mercy.

God’s sense of satisfying a debt has undergone a filter of grace by accepting a sacrifice of another (Christ).

If God’s justice (which he alone has complete entitlement to dole out) is open to amendment, what is the purest heart motive when looking toward others?

The parable of the unmerciful servant shows a man with a debt so astronomical several lifetimes would not be enough to repay.

In the narrative, he is mercifully forgiven this debt, not out of fairness or justice, but out of mercy and compassion. It was an outrageous sacrifice for the manager to cancel this debt, for he was rightly owed this money. Yet, the meager pittance owed to the servant by his slave was not given the same treatment. He was ruthlessly beaten – maybe an overreaction, but again: justice requires equality of suffering. The man was not repaid what was owed and the man was beaten. In all senses of the word – a fair exchange.

We are not taught this sense of mercy, of sacrifice. Our American mindset is acutely trained to grasp at anything which would put us ahead. We are often consumed by this drive as we subtly hide the areas we have pulled in the lead and publicly announce where we have received the proverbial short end of the stick. For deep within ourselves, we hate the feeling of being left behind. Our inner demons quake with “righteous” indignation at where injustice has been dealt – for we have always been told to fight for the right – and that right must always been just.

In most cases, this is a noble endeavor. For example, fighting for those who cannot fight for themselves is agreeably a good thing. I sit here in Cambodia and am convinced that it would have been a good thing to fight for the people who, thirty years ago, were being mercilessly slaughtered for no provocating reason. But as I look at a much smaller scale in my life, I wonder if the same rules apply.

John Nash was a mathematician who developed a line of thought called “game theory.” In a strategic game situation, the best scenario any player in a game can find themselves is when their position cannot be bettered by making a move – and when all players find themselves in this position – the game is at a point of optimal equilibrium. The example is given of four men sitting in a bar when a beautiful woman walks in. Game theory would propose three scenarios: 1) all four men (who all express interest in the woman) approach her, 2) none of the men approach her or 3) one man approaches her.

Situation 1 would drive the woman away, thus none of the men get the girl. Situation 2, where nothing is done, yields equally unsatisfying results. Situation 3 however, gives one man the highest probability of wooing the woman. Thus, one man wins and three lose. Game theory says, however, that while one man wins, the other three haven’t actually suffered rejection – which is an advantageous place to find oneself. Thus, it isn’t a sense of justice, or fairness that is best, one must consider himself a part of the whole and realize the benefits of the place in which he finds himself (and go looking for another attractive woman). 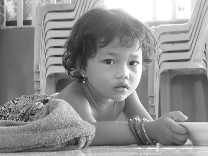 Yet, it’s not the strategic benefits of sacrificing justice that explain scriptural admonitions. For Christ, with no obvious benefits at hand, sacrificed everything to come to earth. Philippians 2 says he did not consider his equality with God (his entitled deity) something to be held on to. Instead, he made himself nothing taking the nature of a servant. “Nothing” is not typically the preferable place to be. All around the world, there are people who have “nothing,” who are considered “nothing” or worse, consider themselves “nothing.” In fact, our righteous indignation would flare up at the insinuation of us being “nothing.” Many would rise up against it, fight for justice – for we consider (rightly or wrongly so) a position of “nothing” to be innately a bad thing, some wrong than has been done us – a place of suffering. Our sense of justice concludes that someone else must suffer to right our wrongs.

Yet Christ considered none of this. His comfort, luxury, sense of belonging, popularity, status in society, even building up of a movement – none of it was considered of enough value to fight for. Even on the cross, by most definitions one of the most horrifically painful ways to die, he asked the Father for forgiveness for his enemies. How meager does that make my petty issues? What perspective does that put things into? What is my role as a believer in this world as it pertains to how I live my life? 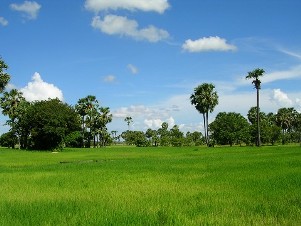 If the greatest in the kingdom of God is the servant of all, why do I try to marry this with a sense of justice on my own behalf? Is it to make me feel better? Is it to feed my own ego or sense of dignity? God is ultimate deliverer of justice – in fact he is the only one with the right to give it. The petty game I play when I fight for my own rights (apart from those which are immorally violating) is laughable in the grand scheme of things. What is a life truly blessed and sanctioned by God?

I believe it is a life made nothing so that he can be glorified and lift me up in the end. The bigger piece of pie is an insignificant battle to fight and a pitiful robbery of God’s glorification in service to another. Christ was a servant. We are to follow his examples and do likewise.