I stood in line, absentmindedly people-watching and enjoying the air-conditioning. The large room we were in had all the bustle and efficiency of any department of motor vehicles, and I have learned it is best to assume a form of learned helplessness, a vacant look with a sheepish smile, and a please-and-thank-you and point-me-in-the-right-direction posture. I stood in line, as vacant-minded as possible and watched the crowd in their resigned postures, just another day in a third-world, bureaucratic office, not much different here than home, except everyone expects a bribe.

We were relieved of an extra one thousand pisos by the fat guy behind the desk and that is just the cost of doing business here. We needed to extend our visas a few more days so we could stay and serve the Filipinos and this was gonna cost us. We paid 2020 pisos to stay in this country a few extra days and thank you Jesus the room was air conditioned. 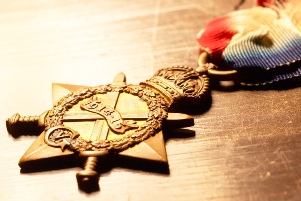 A steady rhythm of short people with brown hair and brown eyes shuffled through and sat down and stood in line and paid their dues. In a world of small people, brown people, every white person sticks out. I often wonder what brings the white person to this place. Is he doing something constructive? Many are. Is he running from something in his home country? Many are. Is he here pursuing his own appetites? Many are, and I always assume the worst. The slums everywhere we go are dotted with the odd boy with blue eyes or the girl with blonde hair, the evidence of a short lived fling from an American or a European. So when this white guy marched in, my attention was drawn to him, his back was to me and I tried to play Sherlock Holmes with his story.

He had his shirt tucked in and a baseball cap on, a pair of shorts, he looked like a lean mean fighting machine, and I assumed he was military or ex-military. He turned around and his left side was a mass of scar tissue, he was missing his external ear and had glasses on, his arm also was badly scarred and I guessed what kind of trauma he had lived through. Was this from childhood? Car accident? He looked like a guy I watched a special on who was a miracle to be alive. Then he moved directly to the line we were standing in, and I looked away. I kept trying to look at him out of the corner of my eye, and I tried not to be obvious, but I have learned that when a man is white in a brown skinned country, we get stared at, it is only the white guys that avoid each other, worried about having to explain our presence to each other.

We payed our dues in this line, and queued up to another. Only one of us would have to stand in this line and I sat in a plastic chair, in front of the fan. No telling how long this would take or how much it would cost and I am just a victim today, but I can daydream, and off to that make believe world I wandered, feeling the breeze of the fan on my face and the wind in my ears, I stared at the floor, looking for hidden codes in the pattern in the tiles and thought about John Nash.

Then, I felt a man sit next to me and out of the corner of my eye I could see the scarred man, and something in me prodded me to begin praying for him. When the Holy Spirit actually convinces me to leave a daydream or a thought process and to put in the effort and focus of praying, it usually means something, and when I was done praying I began sneaking glances at this man. He had his paperwork on the floor and I read his name, Robert, and was looking for more clues, something to begin a conversation, but I couldn’t find any and I waited.

What happens next is a bit of a whirlwind and my memory doesn’t totally serve me straight, but with a little creative license, here is the rest of the story:

“The system here is a @#$%ing joke” announces Rob, and I follow with a nervous laugh, not sure if I am supposed to agree or to add a complaint of my own, but in the time it takes for me to think this he asks where we are from and what brings us here. I answer we are from the US, my wife and I are from Boston, and he says he is from Manhattan and we talk about the Red Sox and the Yankees and the race and the wild card. He asks what we are doing here and we tell him about our mission, the world race, the ministry. 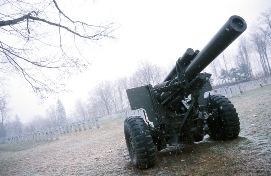 He tells us he was blown up or shot up in Iraq and the american doctors gave up on him, he was supposed to be dead. The only ones who gave him a chance were some Filipina nurses at the hospital near or in Stanford. He says he is a miracle, he should be dead and he was in a wheelchair and it was a miracle he was alive and he would never walk again, but one day he just stood up out of his wheelchair and walked. He said it was only the Filipinas who believed he would walk again and he is paying them back by coming to the Philippines.

Rob tells us he is a Catholic, tells us his focus is on being Jesus. It is about being Jesus to these boys. He has rescued 12 boys from the streets. He is fathering them. They had tuberculosis which morphed to meningitis and these boys are totally crippled and blind and he is their dad. He feeds them, he bathes them, he reads to them, he changes their diapers. He does this on his military pension and disability, Uncle Sam has been good to him he says and he salutes us.

Rob heads outside for a cigarette. He is wary of church involvement, if we want to help out here, he says go to the hospitals. Rob lights his cigarette and continues telling us his story. He tells of his involvement with the mother of one of the boys, says it is probably stupid, but what can he do, he loves her.

Rob has two houses here, where he cares for his boys. He is not too interested in interference from others. He is a true soldier, willing and able to do what he sees as his duty, as his responsibility. His responsibility to serve.

I gave him my email, told him of our interest in seeing what he was doing, we shook hands and I said “Nice to meet you, Mark.” Maybe that is why he has not emailed me – I couldn’t remember his name. Maybe he has not emailed me because he doesn’t want the headache or the recognition, maybe he prefers to remain nameless. Namelessly serving Jesus under the terms mandated to him from a higher authority.

A scarred man being Jesus in a dark and forgotten world. He looks a little different than the Jesus I was taught.
If you liked this article, check out: Religious Lies