Everyone blames someone for their strange childhood. I blame Mary Rodgers. Mary Rodgers, wrote the book Freaky Friday, which I read about eighteen hundred times before I turned thirteen. If you didn’t read the book or at least see the Lindsay Lohan remake, the premise is this: a mother and daughter switch bodies forcing them to deal with awkward moments and just plain “freakiness” of reversing from middle aged women to an adolescent and vise versa. 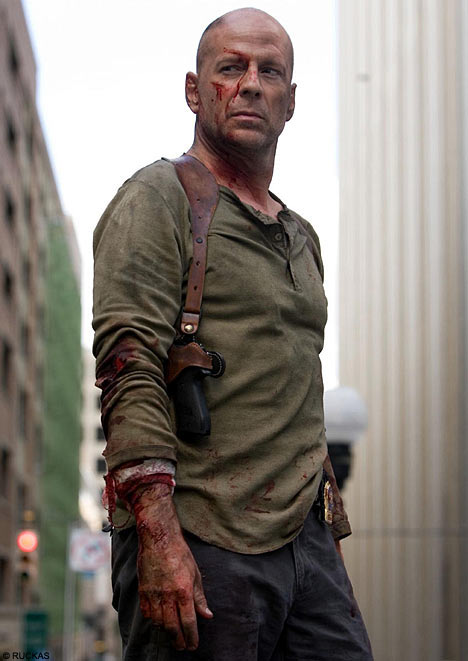 The book caused a paradigm shift similar to The Matrix – which screwed with my perception of reality by itself, and it didn’t help that I watched it four times in a row while drugged up on painkillers from having my wisdom teeth pulled.

I become obsessive compulsive about the idea of switching bodies with someone. My insecurity was nothing out of the ordinary, I just didn’t like myself very much. I remained convinced that if I was someone else, anyone else, that my life would be better. I was a painfully shy observer, not a participator.

In public, I drifted into my own daydream land and studied people, wondering what it would be like if I woke up one morning as them. I made a list of things which would have to change about me before I would be “normal.” It was way too long. Most of the listed items were out of my control. As a result, the body exchanging thing became my only hope.

Being born is so uncomfortable at times. We realize we are alive that we are human, but it seems like we spend our lives trying to figure out what that means. Growing up is hard enough. It’s amazing most of us survive the teenage years: out of control emotions, hormones, peer pressure, trying to be what society and our parents want us to be. It’s no wonder advertisers understands marketing to the worth or “coolness” of a teenager will hook them for life on whatever useless product they are selling.

Becoming an adult is just plain difficult. We need to buy something that will help our image and help cushion the sharp edges along the way. Everyone is insecure, and when there is an array of remedies offered  which claim to cure the ache, it’s hard to say no. Whether it is a car or sexy smelling deodorant, the products make a promise they can never fulfill, and we end up how we started – empty. We think because we recognize the ploy we are beyond the grasp of it, but we are cave into things that cater to our innate sense of not being enough. And it doesn’t stop when you finally reach your 20’s.
I wonder how many people in the world are truly comfortable in their own skin. You can usually pick them out of a crowd. They walk differently, with their heads high, not in fake pride as another form of insecurity, but a realization of unconditional love that changes everything within and around them.  They don’t need anything to hide behind, no profiles or pulpits or promises of plastic surgery. They are just themselves, and it makes everything around them brighter.

Recently, I watched the movie Surrogates. The imagery was slightly disturbing – human-like surrogate robots the majority of the population use in every day life. At the beginning of the movie, Bruce Willis stares at the TV announces “Robotic human surrogates combine the durability of a machine with the grace and beauty of the human body. With most people living their lives through their surrogate selves, our world has become a safer place.”

With such reality, there was no more need to risk. Their choices to risk were only virtual, their real selves stayed locked in the dark rooms of their homes. Because everyone could decide exactly what their surrogates looked like, no one was ugly, overweight, pimply, or scarred. But the plasticky, flawless bodies were creepy and just too perfect. The surrogates may have looked sexy to some people,  but they weren’t human.  Not only was it there no need for physical risk, there was no need to risk emotionally either. Besides being “flawless,” their surrogate replacements couldn’t shed tears.
The movie made me think how much I hide behind surrogates of my own. There are lots of ways to hide, and we get better at it as we grow older. Take for example the technical mask- how my facebook page looks to the world, how I sound in a blog. We know how plugged in we are are. There has been all kinds of discussion on how social networking affects our minds and relationships.  We are walking brand new territory and it’s often overwhelming. Sometimes I get frustrated at this weird glowing screen that take up so much of my time, and go for a walk in the woods. More often I will accept technology as part of life and try to make sure instead of it using me,  I am using it. Only It’s hard to know the difference.

Sometimes, the hiding is more physical, more about how I chose to not interact with the every day world. I stop and change what I am going to say because I am scared to death of what people think of me. I chose to sit down and blend into my chair instead of standing up for something meaningful. I still believe it would be better to emulate the person next to me instead of being myself. Because of fear, because of insecurity.

In many ways, I have come a long way from my freaky friday days. It has taken years for God to wipe the dirt off the mirror so I can begin to see a vague reflection of myself. I know, in a place deeper then my momentary fears I am loved. I know I don’t really want to be anyone else.

“Look at yourselves. Unplug from your chairs, get up and look in the mirror. What you see is how God made you. We’re not meant to experience the world through a machine. ” – Quote from Surrogates

Brooke lives in the middle of nowhere in east Texas, trying to live, understand, and write about Grace. She makes great pasta salad. Check out her blog.