I hadn’t been in Switzerland long before my awareness of where I am in time shifted. 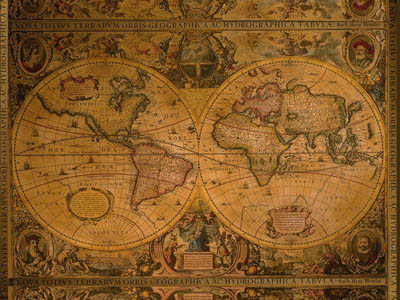 We went for a walk in Olten, where I was staying.  Enjoying a latte mocha under an umbrella at a cafe, I saw the first of many clock towers.  As near as I can tell, most towns have a clock tower. Often, they are part of a church, but this one stands alone in a little “open square” area.

My host explained to me that the tower was built early in Olten’s history, in a time when the church did a lot to alienate the people.  The clock tower was built inside the walls of the city, to be kept safe.  The church, on the other hand, was outside the walls.  Take our church if you must, but you can’t have our city.

I wish I could say I have never understood that sentiment.

I was still considering this bit of local history as we walked along the river.  Olten is the narrow place in the river, I was told… thus, it was where the Romans crossed.

The Romans?  I majored in Latin in college; I spent many hours hearing about the Roman Empire.  Ingesting the idea that Once Upon a Time, the Romans crossed where I was standing…well, it left me disoriented for a minute.  I had never really felt my place in this world quite that way before.

My parents made sure our family went on vacation every year. We traveled all over the USA, touring beautiful places, visiting historical sites, and wandering through museums.  My dad is a history buff, who intentionally sets today in the context of the ongoing story.  I am not new to pondering the past and how today relates to it.

But:  The Romans?  That’s a whole other level of long ago.  I didn’t really understand how young my country is until that moment along the river in Olten.  It was head knowledge, but that day it became real to me in a whole new way.

Oh, I understand that there was Native American culture here long before Columbus came tripping along and claimed this space for western civilization (a truly uncivilized process, some would say.)  But other than a few relics and colorful cliches, I don’t know enough about Native American history to feel it resonating within me as I walk the same land they once did.

Knowing that the Romans crossed the river where I stood, on the other hand…knowing that Napoleon stopped by for a drink at the same building where I whispered in the night to the mountain…this, I could grasp.  This goes way back, past the pioneer days I’ve so enjoyed studying.

Recently I heard a Bible teacher talking about the difference between Christians who have been to the Holy Land, and those who have not; he noticed this difference in the Sunday School teachers in his church.  Those who have not been there tell Bible stories like they are fables:  Now children, once upon a time…   People who have been there, on the other hand, report the same stories as if they had read them in yesterday’s newspaper.  They understand in a deeper way that people in the Bible aren’t “characters,” they are as real as you and me.

I heard him then, and I understand now.  This New World lady was changed by a short vacation in the Old World (and I can scarcely imagine how much more I’d be changed by standing at the Wailing Wall).  History is no longer just interesting to hear.  I feel my connectedness to it…the truth that what happened “back then” is part of who I am – even (and in my case, perhaps, especially, since my family’s roots are primarily European) history from halfway around the world.