A father to the fatherless, a defender of widows, is God in his holy dwelling. God sets the lonely in families -Psalm 68:5-6

Joyce grew up in the quiet peacefulness of village life. She loved her parents and they loved her, always taking good care of her. She learned to cook traditional Acholi food from her mother. Her mother was known as a great cook and neighbors loved to come to their home to eat her delicious food. When the whole village gathered she learned to dance their traditional dances. Her childhood was filled with love, laughter, and joy. Her mother and father loved each other and she hoped to have a marriage as strong and loving as theirs someday.

One of her chores was to fetch water from the nearby well. It was a physically demanding task, but one she loved because the cutest boy she had ever seen was always on the road at the same time. To her great delight, he spoke to her and over time struck up a friendship with her.

Quickly, Paul became her best friend and her heart would skip a best every time she saw him coming toward her. She found herself laughing at all his jokes and blushing every time he called her beautiful. Throughout secondary school, their childhood crush developed into true love. She truly loved him and he truly loved her. 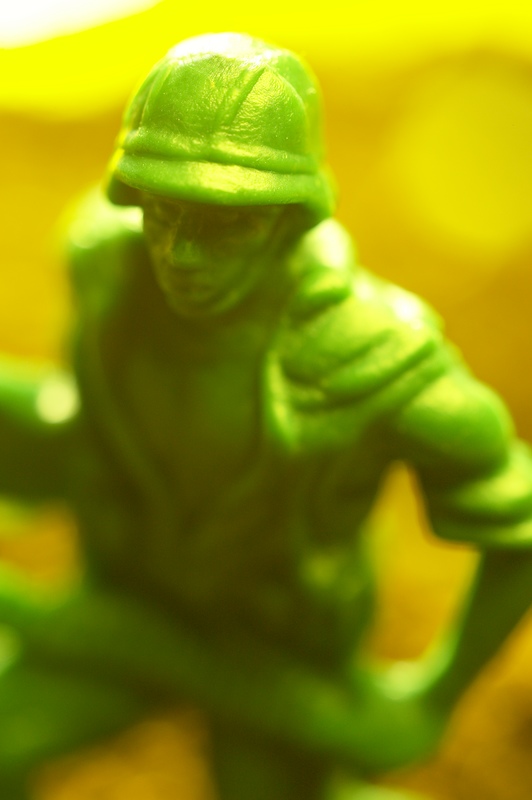 Her mother and father liked Paul and his family and were willing to support their marriage to Joyces great delight. Joyce had found true love and it was breathtaking and filled her heart in a way she never had thought possible. She was sure that their life together would be full of love and joy, just like her parents.

He said that he wants to join the army and be a soldier. That could mean a lot of heartache for you. He could be gone for long periods of time. He could be killed in battle. The rebels are gaining strength and violence seems to be headed our way. Marrying him could be a very hard life, my dear.

Joyce was disgusted with her mother for even suggesting that she was making a mistake in marrying him. She shouted at her mother, telling her how wrong she was and then ran home.

How dare she say something like that? Didnt she see how much they loved each other? How devoted Paul was to her? After all Paul wanted to provide for her, to build her a house and take care of their future children. He had to have a good job. She decided that her mother was just being overprotective.

Their wedding was so fun. She and Paul were so close. It seemed like they couldnt get enough of each other. She knew she had made the right decision. He was the love of her life. She had never been with any other man but him. As his new wife, she was devoted to him. She organized their homestead, cooked food for their relatives and neighbors just like her mother had done, and encouraged his dreams. He trained hard to become a soldier in the Ugandan army and performed well in his duties. Then she became pregnant and they were both elated. Several months later she gave birth to a beautiful baby girl. Life was so good.

Then like a bad omen to come, the LRA rebels attacked a neighboring village a few months later. The fighting had now become intense and her husband was called to active duty. Every day he was gone she prayed for his safety, prayed he would come back to her healthy and whole. He came back when he could, but it was only for a day or two.

Then came the day when he left and told her he may not be back for several months. He felt strongly that they had to fight these rebels. He had to protect her and his new daughter by beating this rebel army once and for all. She cried for days after he left. Her heart could barely stand the separation from him, but she had to be strong for their daughter.

In just a few short months, life became a terrifying game of hide and seek. The rebels came into her village on numerous occasions killing her neighbors. Each time she heard people screaming, she picked up her daughter and ran into the bush and hid until all seemed quiet again. Her nerves were raw and she missed Paul. She needed him; she needed his protection, his reassurance that they would live through this nightmare. Then one day tragedy came to her family.

The rebels attacked her mother and fathers compound killing two of her brothers and their wives. When the news reached her, she collapsed under the weight of the grief.

When will this madness end?

If you liked this article, check out: Back But Not Home: An American Adjusts to America

Kari is a 4th grade teacher who is passionate about loving Jesus and loving others. She longs to inspire others to love the least, the lost and the left out. She works closely with Dorcas Widows Ministry, an organization recently highlighted in Wrecked that works to provide for Ugandan women and children who have lost their husbands or fathers to HIV/AIDS, war, or general disease in Africa.