“I’m not from Nashville. I’m from Columbia. There’s a correctional facility around there and, well, I got out about a month ago.”

He fit the profile. He was in worn clothes, a bright red jacket, dirty white shoes, and hadn’t shaved for weeks. His mustache curled precariously over his upper lip and glasses sat as an ornament on the ridge of his nose. There wasn’t much else to do standing in the remnants of the rain shower we just had fall on us, so I decided to strike up a conversation with James. 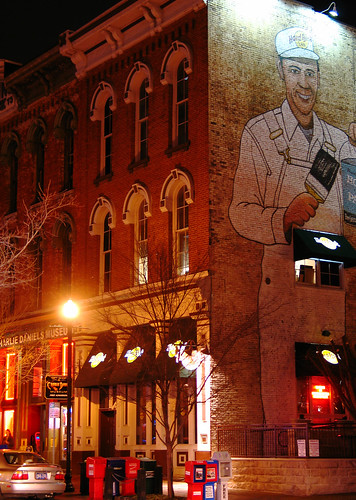 Earlier in the evening the college team (which was spending their spring break in Nashville on a mission trip) felt led to head downtown and initiate a “party” on one of the street corners.

They pulled out guitars, made a “prayer request” jar, bought ice cream to pass around, and infectiously stood on the street corner singing, talking with people, and just having a good time.

It was quite the sight to see in downtown Nashville last night, particularly near all of the bars and the restaurants. It’s where I noticed James.

Our common bond was music and a thirst for creative expression birthed through the chosen medium. We both had a past history with jazz and shared an appreciation for rock and roll.

And while I want to share a story about how I prayed for James and he was miraculously healed from something – I can’t. I don’t have any complicated tales of heaven invading earth. Nothing.

The only supernatural thing that happened, happened in me.

I love the simplicity of conversation. And for some reason last night, I had a supernatural swelling happen in my own gut while talking with this guy. I’m still trying to process what happened. I’ve never had that kind of connection with a complete stranger, someone who – through just being who they were – shattered my heart in a way that it disturbed me. It merely birthed restlessness in my spirit.

He stared at me and gave me a look I’ll never forget.

Matt is an ordinary radical who just finished an 11-month, 11-country pilgrimage around the globe with the World Race. He loves to see the Kingdom of God manifest itself in the most unlikely places through his own life. He also loves Jesus and hopes that you do, too.